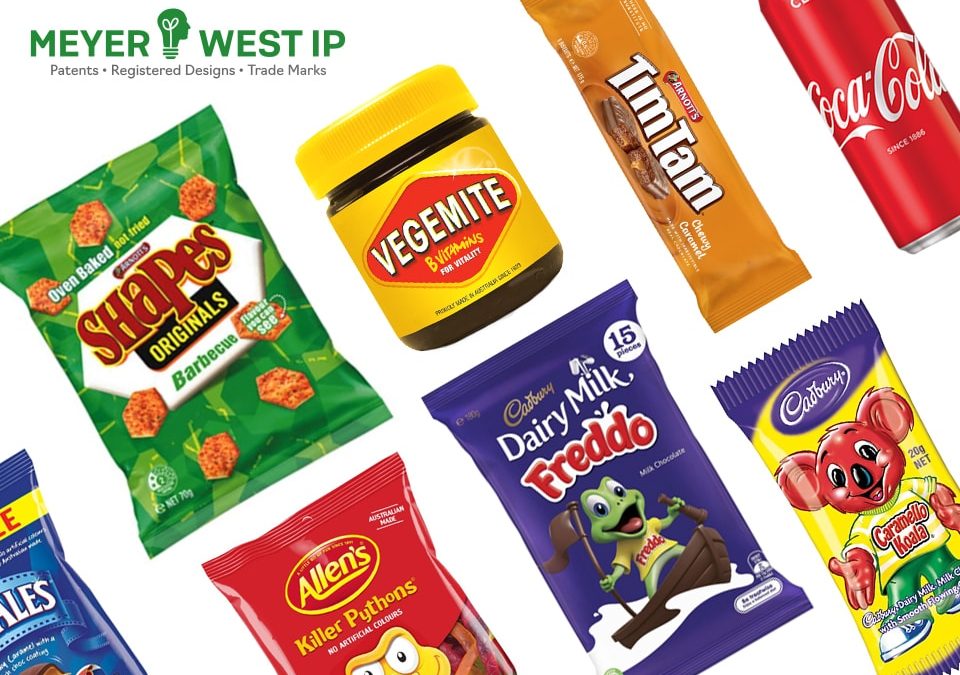 Food production is a worldwide industry that has existed since the dawn of man. Thanks to the industrial age, food production, and eventually commercialising it with food trade marks have created an enormous category that serves as a backbone for global economies.

How food became a business has also been a beautiful transition from primitive societies into civilisation. From being a communal need to a marketable product, food was and will remain an art, a science, and a product suited for trade mark protection.

Food and beverage trade marks before the industrial age

Nobody really knows what food item was the first to come into trade mark legality, as there were no international laws regarding the practice before the 19th century. During ancient times, specialised food was the property of royalty, cultural VIPs, and other craftsman products.

The earliest known “branding” for food and beverages could be traced to the farming and brewing industry, as alcohol was one of the first products created with great profitable interest. At first, people used stamps and other forms of markings on barrels and developed more efficient methods with time.

One of the oldest such brands was Lowenbrau, a brand of beer from Munich, Germany. It used the symbol of a lion on a blue field (which may have changed in appearance over the years).

The boom of food commerce in the industrial age

Needless to say, the industrial age also brought about changes in the way people marketed food – and this led to the numerous trade marks for new products. The advent of new forms of preservation, packaging, cooking methods, led to a whole new range of food businesses.

In the United States, William Underwood and his condiment company of the same name began producing their soon to be flagship product – a canned meat spread – called a “deviled ham” in 1868. Sometime between 1870 and 1886, Underwood has successfully filed a trade mark for its brand, making it one of the world’s oldest legally-trade marked food brands.

The development also led to the rise of new industries such as food science and food technology.

Elsewhere in the world and in later decades into the first half of the 20th century, trade marks in the food industry rapidly spread. More prominent companies carried their new food trade marks across the oceans.

As Australia gradually earned its own government, so did the previous trade marks instituted by the British. One of the oldest known and the first formally-registered trade marks in the country was PEPs, registered by Charles Edward Fulford for his product, a cough and cold remedy.

The full swing of globalisation brought many of the famous brands we know today, including familiar names such as big fast-food chains.

Not everything is flowers and spring breezes though, as there have also been feuds and legal disputes with food trade marks. A popular case that can be cited was between Nestlé and Cadbury, where the former is to this day still vying to trade mark its famous “KitKat” brand’s shape and four-finger form.

Entrepreneurs all over the world still find food products as a gold mine for business, being a basic necessity of man.

Vegemite is an excellent example of a food trade mark for a product that is considered “unique” or originated from Australia. The delicacy was last filed and approved in 2002. It is a protected intellectual property of its holding company Mondelez Australia until it was bought along with the firm by the Bega Cheese Group.

There’s also William Arnott, founder of Arnott’s biscuits. He was born in Scotland but moved to Newcastle to bake his plain biscuits and delectable sweets. However, the Parrot trade mark was registered in 1907, and he had problems regarding how to trade mark his product.

Thankfully his daughter-in-law Leslie Arnott drew the famous illustration of a parrot eating a biscuit. To this day more than 150 years later, Arnott’s trade mark, a perched parrot with their name and slogan, is still well known.

More popular food chains and their brands such as Burger King and their Whopper burger have become household names, and nobody else can use the name save for exceptions like its Australian franchise, Hungry Jack’s.

Protecting a food brand’s name: why it is important

Registering a trade mark gives you complete control over the name’s use in media and marketing it. It is a powerful tool for entrepreneurs in the food business. Everyone is eligible to register their trade marks.

Once you have your product’s trade mark registered, you can now use the full protection of the law for marketing your product as something exclusively yours. With it, you can also authorise others by opening and allowing franchisees to use your trade mark and sell your product under the said name.

Food trade marks have sure made significant impact in commercial history and across economies. They are an essential component of global industries that will continue on regardless of location, as business leaders and the consumers agree that food is always good business.