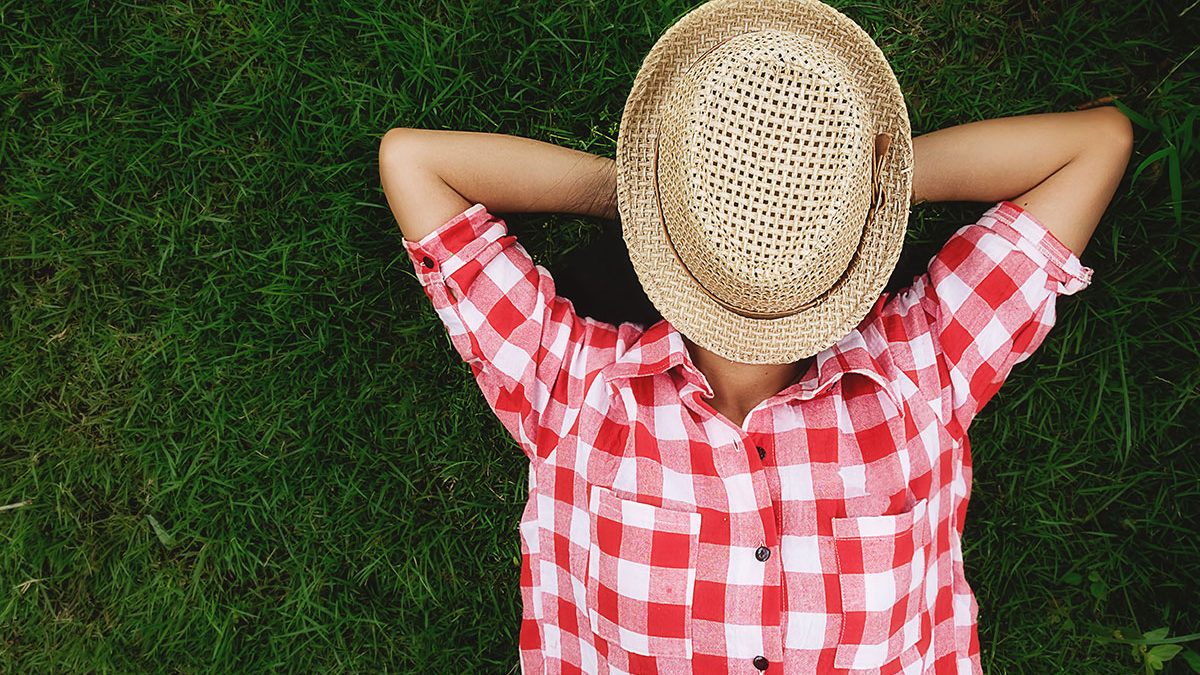 Hats aren’t nearly as popular as they once were, which is a real shame, because there’s something particularly appealing about a person in a hat. There’s nothing quite like a hat for a short-hand way of making statement and giving an impression very quickly. Somehow, you want to take a hat wearer more seriously, unless, of course, they’re wearing something ridiculous.
Hats aren’t just randomly slapped together, they are designed, and because they are designed they are patentable. Good design often takes into consideration the often-competing needs of looking good and being functional. Many hats have a practical value as well as a protective function in a variety of different jobs and situations. Because Australian conditions pose unique environmental and occupational challenges and problems which inventors need to solve and because innovation and originality is worth protecting then it’s worth having a registered design and patent protection in Australia and, naturally, this is where an Australian patent attorney can help out with such essential formalities such as doing an IP Australia patent search, just to make sure that any design idea that you might come up with hasn’t already been thought of before. IP Australia has its main office in Canberra, but there are also state offices in Sydney, Melbourne and other capitals.
The making of a better hat has been of concern to designers for some time.
Here’s a patent from 1933 for an improved type of sweatband for the interior of a hat: 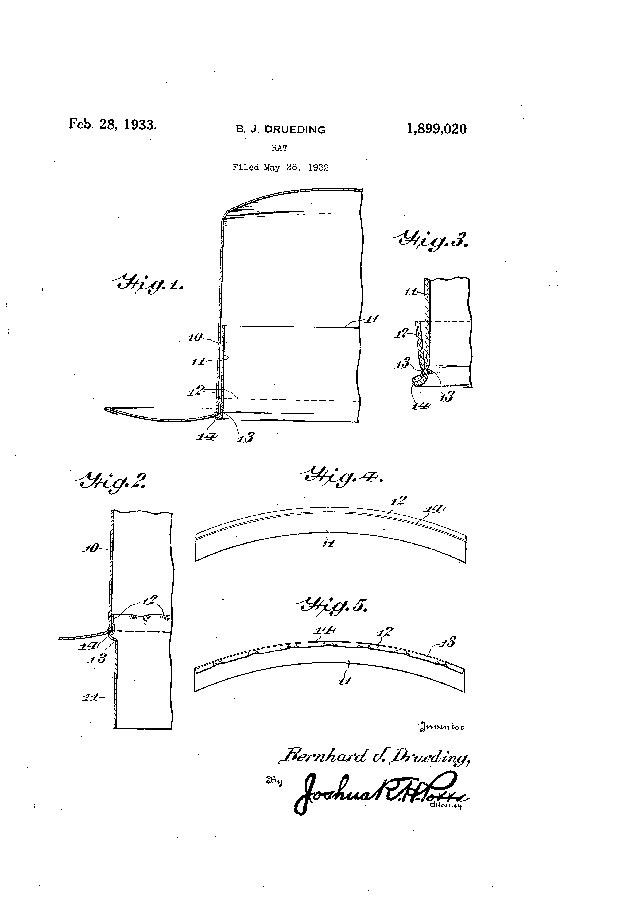 One of the big deals about this design is that the sweat band curves inward, thus adding a quality of “security”, which is obviously the sort of thing that cowboys with their ten-gallon hats would have to be concerned about.
But the problem for designers and inventors of hats isn’t just environmental, sometimes it’s cultural and coming up with a hat design that people want to wear, rather than have to wear, is its own challenge. Sometimes designers get it very right, sometimes very wrong and sometimes where all left wondering, as in the above example, “Hmmm. Is that really necessary or useful?” 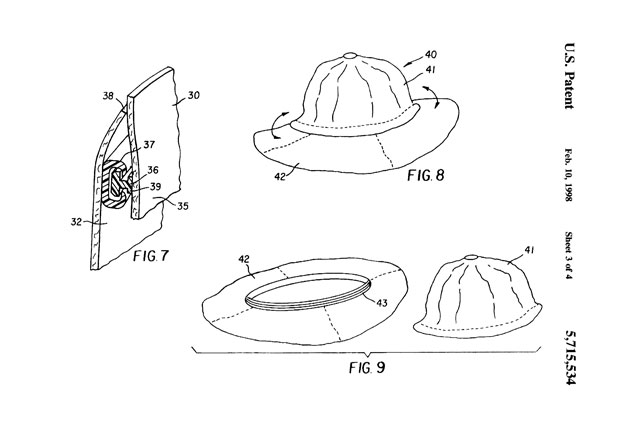 Those with an eye for detail will probably have already worked out that this is essentially an idea for a hat within a hat, rather in the same way that the Sydney Opera House is a building within a building. But whereas the iconic landmark has a substantial rationale for its design, this particular patent makes us ask if the added complication is actually worth it. After all, if we want to move a brim, how many of us really care if the hat or cap twists a little bit. Our hair is already mussed up, we’ll still end up with “hat hair”. Is it the twisty sensation that’s worrying this inventor, or is the inventor’s head somewhat more rectangular than average, meaning that the twisting of the whole hat will create considerable discomfort? If this sort of hat is going to work, the dome of the hat is going to have to be circular anyway?

Arguably slightly more commercially useful is this patent, also from the 1990s. 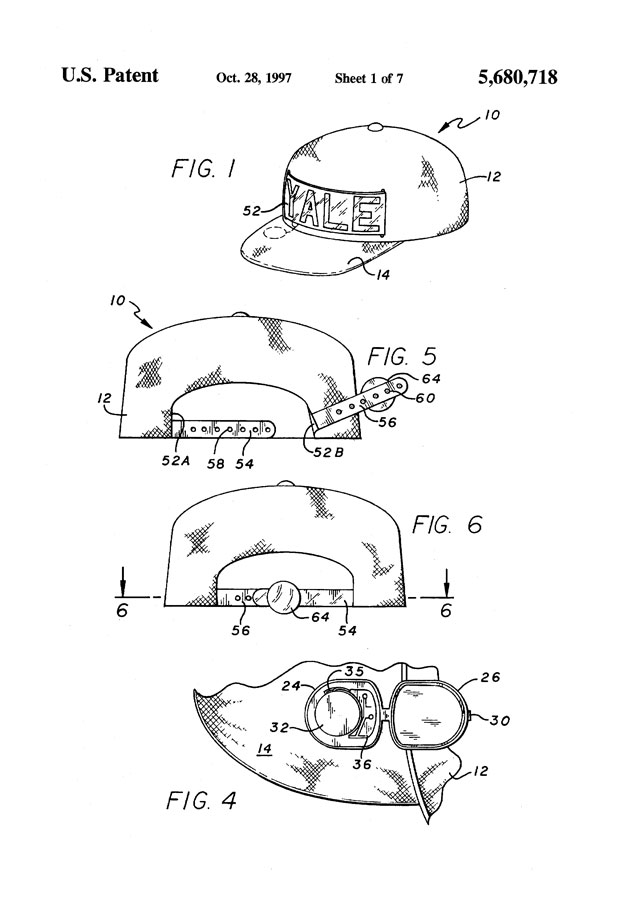 This is almost as good as having your own personal display window on your forehead. At the touch of a button you too can tell the world what team your rooting for during night games, when that sort of thing really matters.

Bordering on the actually useful is this design from 2007, which features a place to put a pen or pencil (that isn’t behind your ear) and a pocket to hold a display card. 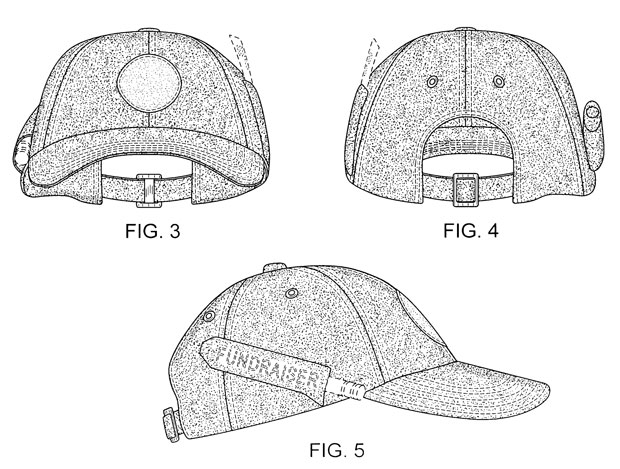 Intriguingly – and this is the sort of thing that you only find out if you’re researching hat patents in the first place – there is an American company called “Zazzle”, which has a whole line of novelty hats with patent themes.
Here’s an example of one of them, celebrating a patent for another head protection garment – the gas mask. 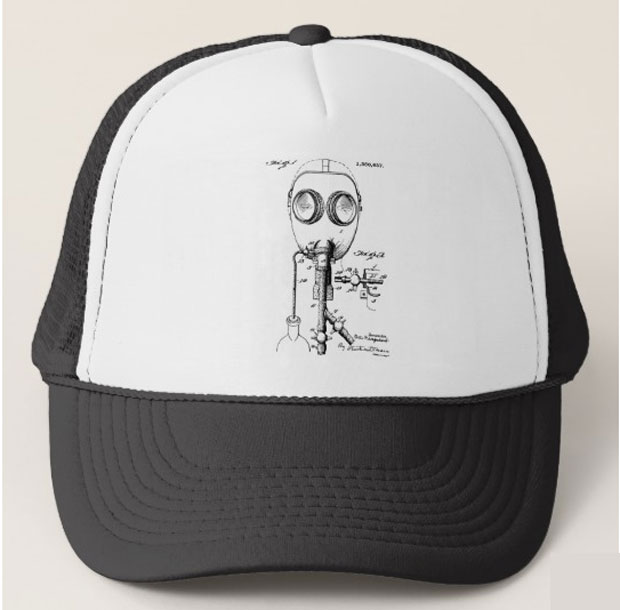 But the piece de resistance for elaborate craziness must go to the design below from 1987. We’ve all seen examples of hats which carry beer cans from which you can suck the contents using flexible straws attached to the hat, and yes, there have been many designs and yes, many of them have had design patents. But the following work of genius takes the idea to a whole new level. 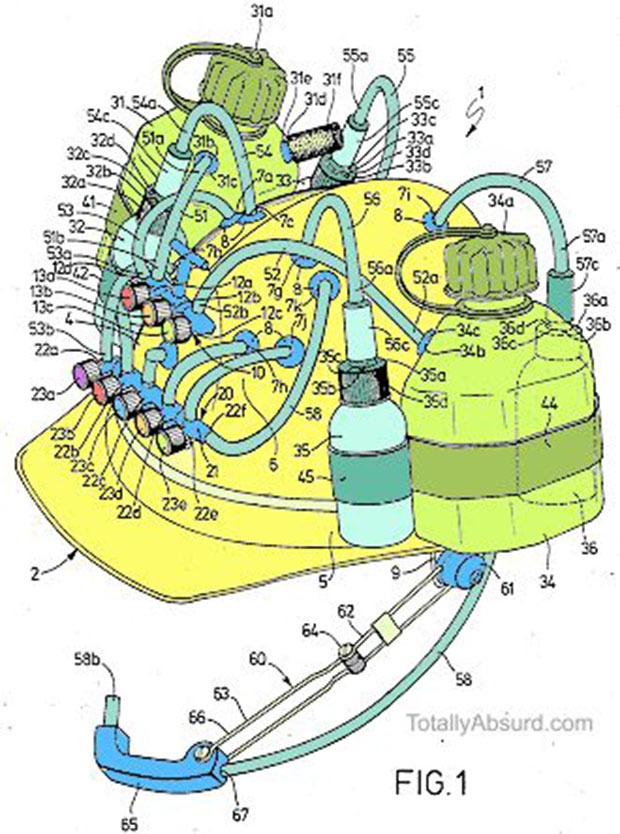 There are literally HOURS of fun to be had here, as you work out what to fill the containers with, and then which combination of valves you’d need to give you the right drink mixture at any given time. Even the mistakes would be a hoot and after a while, you’d be too zozzled to care anyway.
Since design patents only last 20 years you too can now make a helmet bar of your very own – if you can make sense of the illustration above.