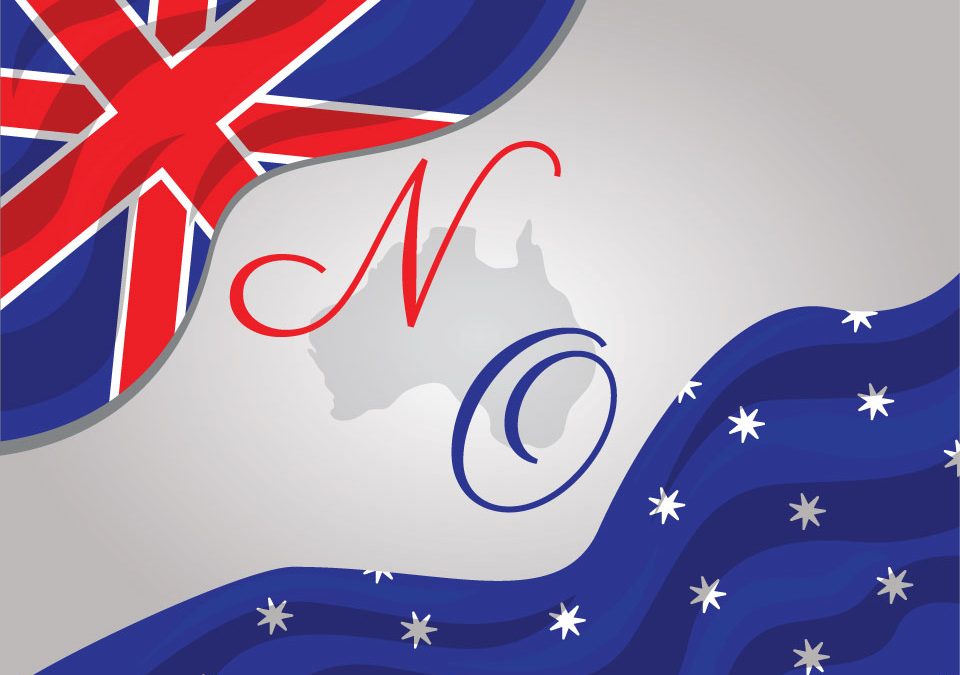 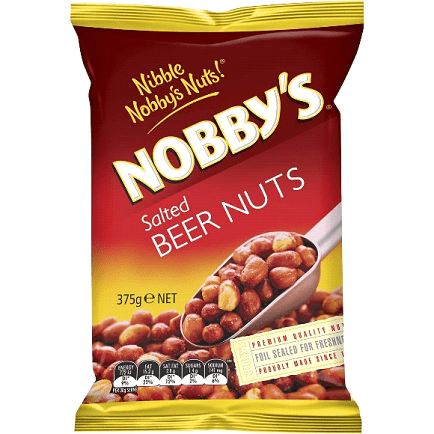 There’s a bit of a debate about whether Nobby’s is really an Australian brand. The Nobby’s trademark is owned by The Smith’s Snackfood Company, which was actually founded in the UK in 1920. Founder Frank Smith went to Australia to expand the business in the 1930s during the depression which greatly affected business. It could be argued that contributions from Australian investors and the Australian market helped save the business during very tough times. The Smith brand survived the worst and became so valuable that Nabisco bought it only to sell it to PepsiCo in the 1990s – both American companies.
Nuts themselves aren’t Australian. The only commercially exploited native Australian nut is the utterly delicious Macadamia. All the most commonly-produced nuts originated elsewhere. The peanut (more and honorary nut than a true nut) originated in Argentina, the Almond in The Middle East, the cashew in Brazil.
So what is so Australian about Nobby’s? Well the brand was created in Australia and became famous during the 1980s with the ‘Nibble Nobby’s Nuts’ campaign. It remains Australia’s largest nut brand. Nobby is an example of a brand created entirely through marketing, it’s Australian association completely the product of perception.
But as a trademarking and branding exercise, it works.
Australian’s take their nuts very seriously. In 2011 a man stole a $3.95 bag of Nobby’s Nuts from a store in Townsville and hid them in his trousers. Queensland police spent over $1,000 tracking him down before finally arresting him. Magistrate Ross Mack ordered the thief, John Donald Pilot, to pay a $150 fine and $3.95 restitution to the Caltex Service Station in Vincent. Pilot was also cautioned for riding a bicycle without a helmet.

Office supply chain store Officeworks was the idea of executives from that most Australian of supermarket and department store retailers Coles Myer. The concept of a chain large-scale specialist retailer of office supplies was taken from the US chain Office Depot and Coles felt that the concept would work well in Australia too. They were right. The first Officeworks opened in the suburb of Richmond in Melbourne in June 1994. There are now 166 locations throughout Australia employing over 7000 people with revenue of around $2 billion dollars annually. The expansion of the Officeworks empire has included the acquisition of IT retailer Harris Technology and even Viking Australia, originally a subsidiary of Office Depot the chain that inspired its own creation.
The Officeworks logo is simple, bold primary blue, white and red. The power of the brand is in its aggressive business model – a category killer that aims to be a one-stop shop for all office supplies that through bulk buying can afford to pass on massive savings to its customers, giving themselves a massive competitive advantage with their business rivals with resulting deep market penetration. It helps to have deep pockets when you’re playing this game, but the results speak for themselves. Without doubt the Officeworks trademark and branding is thoroughly protected through the diligence of specialist intellectual property lawyers.

Despite not having the historical advantages of its major competitor Telstra, Optus has succeeded in achieving and maintaining its place at Australia’s second largest telecommunications company with its fingers in land-lines, mobile phones, internet access, cable television and a number of the other mysterious things that telcoes do. Again, it’s one of those ambiguous cases. Optus, having originally been Australian, is now a wholly-owned subsidiary of Singapore-based Singtel, but, as you learn time and time again, it’s not who owns a brand that defines it as ‘Australian’, it’s the perception that the Australia public has of what a brand’s identity is.
Optus (i.e. ‘opt’ for ‘us’), started its life as AUSSAT Pty Ltd, in 1981, when it was owned by the Australian government and had been established to launch and manage communications satellites – especially important in Australia where satellites in orbit offer distinct advantages to facilitating communication over long distances. Then came the deregulation of the Australian telecommunications industry and end of the virtual monopoly of Telecom, which evolved into Telstra. Optus was created out of AUSSAT specifically to compete with Telstra, which it has done since 1991 when it was issued Australia’s second general carrier licence. Optus does business to the tune of about $9 Billion per year. Optus remains one of Australia’s business success stories, a brand famously reinforced by marketing centred around the simple word ‘yes’ – implying an entrenched culture of ‘can do’ – a reassuring message in an industry that gets more complaints every year from customers than any other industry gets.