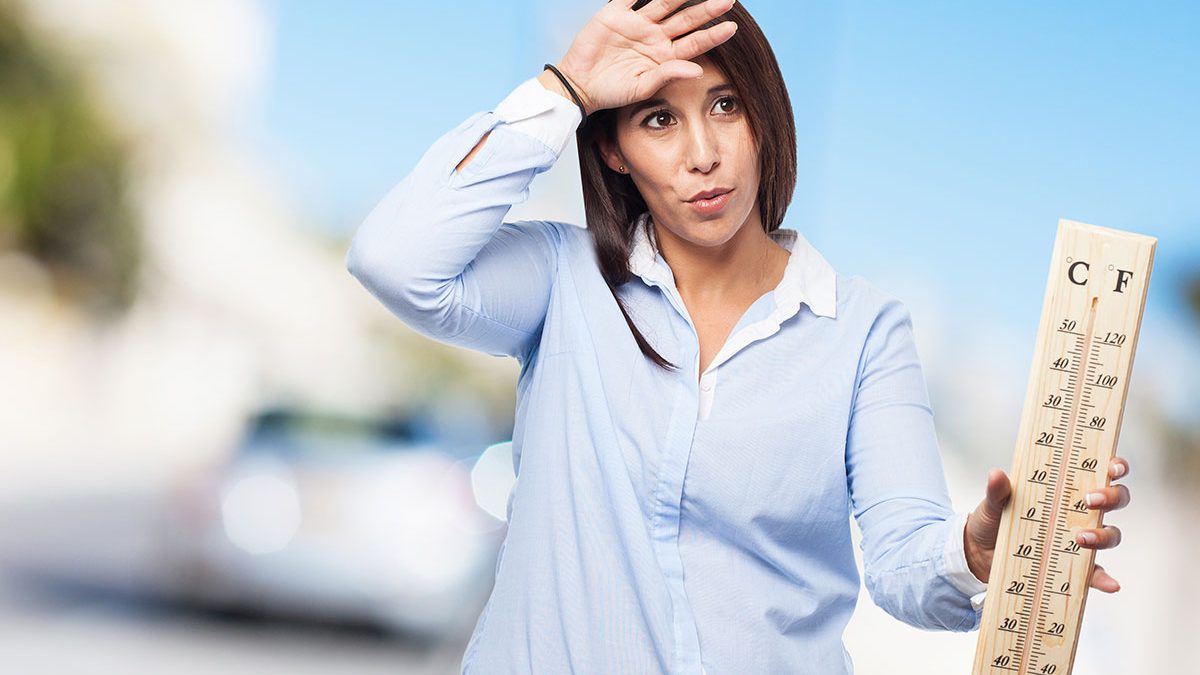 Summer is here again, at least in the Southern Hemisphere. And with summer comes heat and with heat comes the desire to be cool, humans being the contrary creatures that we are.

Time to turn on the air conditioner, but did you know that the air conditioner was originally invented not to keep people cool, but to keep cotton cool? It seems that back in the bad old days of early industrialised mass cotton production humidity and heat in the (literal) sweatshops made the cotton difficult to process in machinery, so Willis Carrier created a machine (U.S. Patent 808 897 – 2 Jan 1906) that cooled, dried, circulated and cleaned the air so that the wheels and sheets of industry could run smoother. Having more comfortable workers was just a side-effect, a side-effect that is now a multi-billion-dollar a year industry. The air conditioner was a big improvement on the ceiling fan, or a slave holding a fan made of ostrich feathers and fanning a sheet of wet gauze. 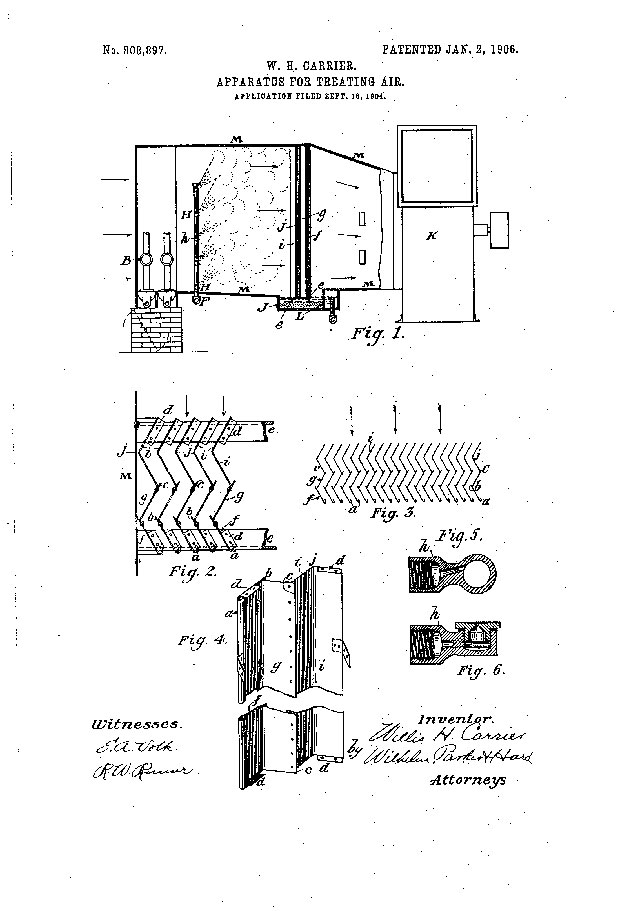 But why should the invention of a reasonably effective and efficient cooling system stop some of the more imaginative and entrepreneurial inventors from coming up with more creative solutions to the problem of over-heating, solutions that have to be patented with patents managed by equally creative intellectual property lawyers and solicitors?

After all, there are lots of situations where air conditioning is neither feasible, practical or even possible.

Of course, cooling people is a priority. One way is directly, as through air-conditioning. Another way is indirectly, by cooling drinks or food. 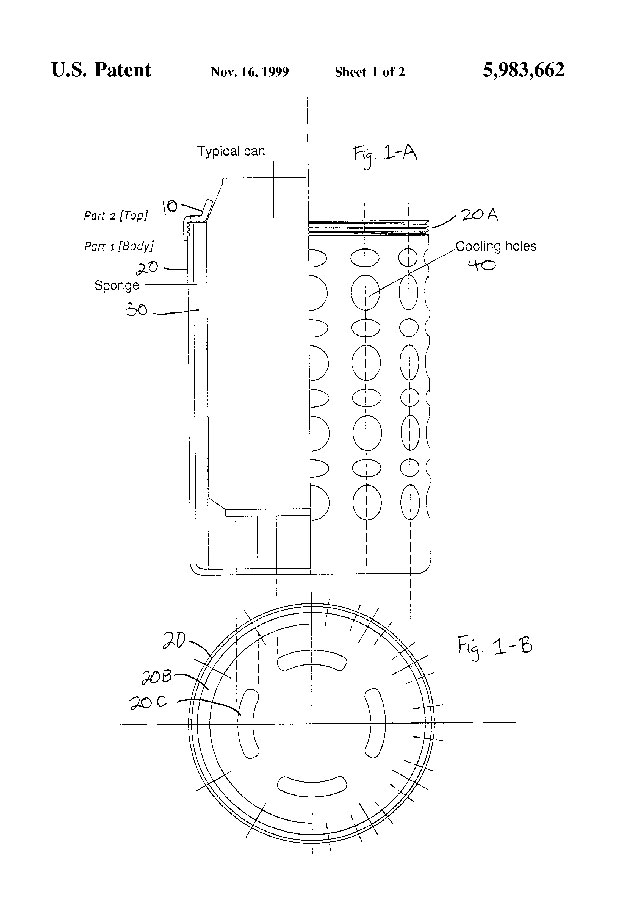 It’s basically a cylinder within a cylinder. The inner skin that holds a can of drink is sponge-like and gets soaked in water. Air circulates through holes in the outer skin, drying the water. As the water evaporates, it takes the heat with it. It’s sort of like a reverse-thermos.

The same principle applies to this simple, and slightly stranger invention, the Evaporative Cooling Cap. 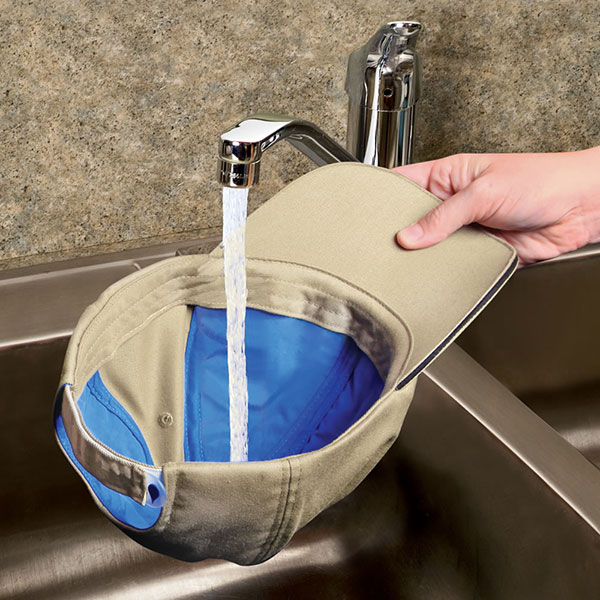 Why, I hear you ask, would you spend $30 on a cap when you can buy one for just a couple of bucks and soak it yourself? The answer lies in the fabric inner liner, which is patented, no doubt because the fabric allows for slow evaporation of the water over a period of five hours. 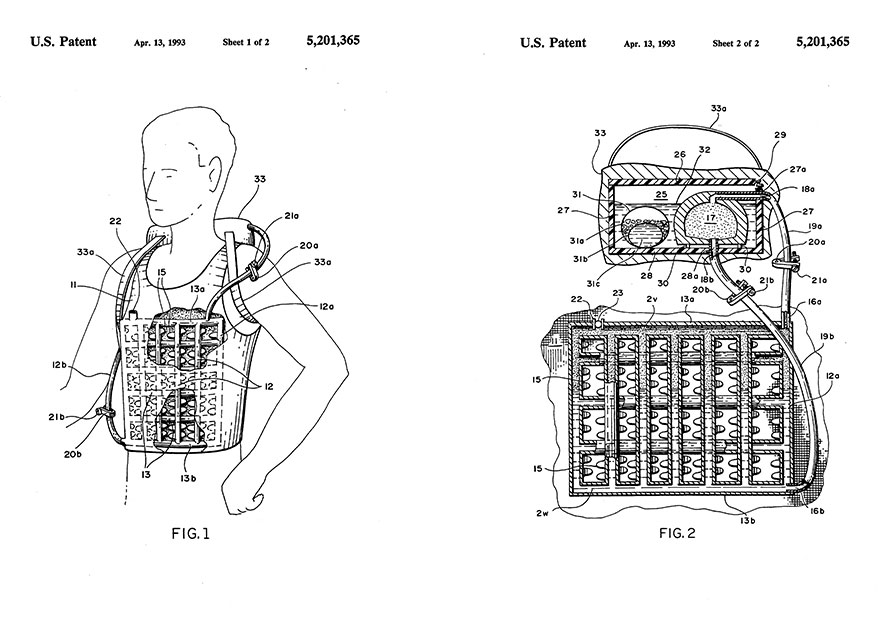 Yes, it looks bulky and ridiculous, but it works on similar principles to your home refrigerator, using a low boiling-point refrigerant (in this case, water under vacuum) to suck up excess heat.

And after a day of avoiding over heating you can continue to beat the heat this time in bed, using a chill pillow. 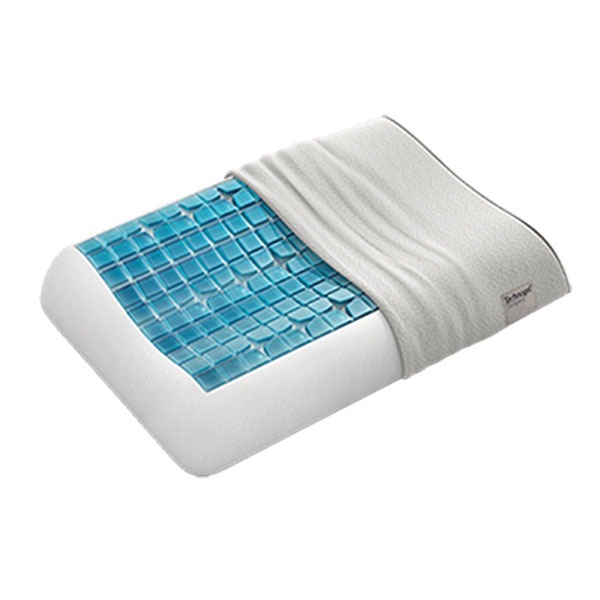 Why, I hear you ask, would you spend $250.00 on a pillow when you could just buy a gel pack for $5.00 and cool any part of your anatomy of your choice? These are questions that inventors need to ask themselves before they invest in developing and then patenting their inventions.

And yet, for all the advances in cooling people cooling machinery is still a priority and tends to attract somewhat less redundant solutions.

Seven and a half million patents after Robert Carrier, Apple have decided that conventional fans are not good enough because they are bulky, energy-hungry and somewhat inefficient – all big no-nos when you’re making machines ever sleaker and ecologically sound. So with U.S. Patent 8 305 728 – 6 Nov 2012) their “Ionic Wind Generator” uses atomic physics for cooling.

Electronic parts generate electro-magnetic fields that in turn, charge or ionise the air around them. Apple’s cooler takes advantage of that charged air to force the air away from the components in a way similar to when you’ve got two magnets with the same pole repelling each other. The result is that as the charged air gets repelled is creates an airflow where you need it, when you need it, which is really clever when you think about it. 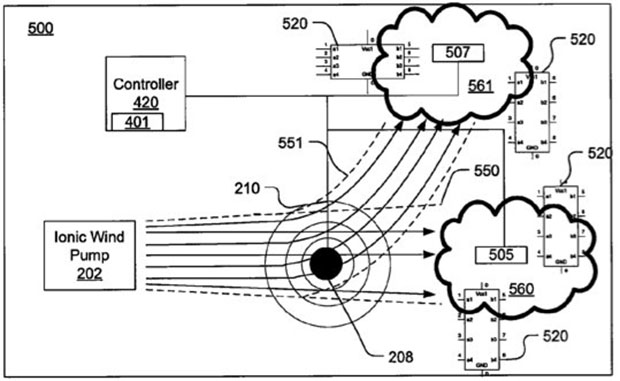 It’s a shame that you can’t use the same principle around people.