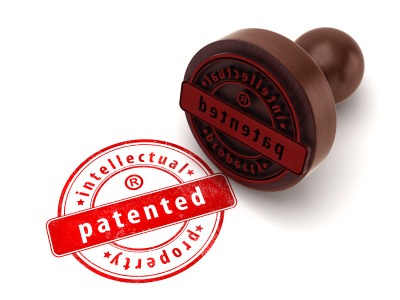 Throughout history there have been smart and inventive men and women who have designed solutions to problems. Some of them have been so smart that they’ve even designed solutions to problems that didn’t exist! Nevertheless, our entire civilization is based on the fruits of uncountable hours that talented people have invested in creating things that make life easier or more interesting.

But invention itself, isn’t enough.

Without patent protection it’s really difficult to protect your rights and to legally defend yourself when people hijack your ideas and seek to profit from them. A patent can be defined as an exclusive right to prevent others from commercially exploiting an invention for a limited time. This right is essential for inventors to have a chance to recoup their investment, which often involves spending a lot of time and money.

About 700 years ago China was way ahead of the rest of the world technologically. While many people in Europe were still practically running around in animal skins China had printing, clocks and paper money. Why then did China eventually fall behind Europe? One reason that historians have identified is that China never developed a patent system. Without legal protection an inventor could spend years creating something, but would have no way of being able to prevent other people from profiting from it, so there was little economic incentive to be inventive. Even in Europe the idea of patenting came late. Leonardo da Vinci often included deliberate flaws in his design notes so that other people could not profit from his ideas and even taking credit for them themselves.

Unfortunately though, often people who are very smart at inventing things fail to take advantage of patenting. They fail to do the smartest thing of all, patenting their ideas, and thus leaving them wide-open to other people effectively to steal their work.

Sometimes they fail to do this out of ignorance; they’re simply not aware that there are legal mechanisms to protect them, but those mechanisms need to be activated through registration.

Sometimes its false economy, they see patent registration as an expense they don’t really need to incur.

Sometimes its false optimism, an idea that “She’ll be right”, not realizing that unscrupulous people out there will even go so far as to register your inventions as their own, leaving the onus of proof on you.

And sometimes it’s arrogance. Intellectual property law and patent law, can be quite complex. A patent has to be properly described and defined to minimize ambiguity. Patent protection in Australia really is a specialized job that’s preferably done by a registered patent agent or an Australian patent attorney working within a specialized intellectual property law firm, with all the resources and cumulative, synergistic experience that such a firm can draw on to give you maximum protection with minimal further expense.

And of course, sometimes an inventor is just an idealist. Famously, Sir Tim Berners-Lee, who invented the source coding for the World Wide Web and who basically invented the internet, deliberately didn’t patent his invention, because he wanted the world to have it for free.

Of course, patenting alone won’t guarantee that inventors will make money from their ideas. It takes a certain amount of business savvy too.

Laslo Biro patented his invention of the ball point pen in 1938. But seven years later, having failed to make any money from it, sold his invention and his patent to Marcel Bich in 1945. The Bic company has since sold 100 billion pens, and still counting.

The Wright Brothers patented the vital mechanism for controlled, powered flight, but among their many failures as businessmen it is often cited that their over-possessiveness and pathological secrecy stopped them from claiming several major and profitable prizes for flight records that would have firmly established them as the inventors of the aeroplane in the public mind and would have built an enduring economic association with flight to match their historic one.

But even when an inventor has some business acumen and marketing flair, failure to patent can cost inventors huge potential profits.

A case in point: Diasuke Inoue invented the Karaoke machine but failed to patent it, even after installing 11 machines in bars and establishing their popularity. While he still made some money from work associated with his invention, earning a good living as the chairman of a top karaoke machine manufacturer, he didn’t realize the full profit that he might have had he had exclusive rights to the machine’s manufacture.

Patent’s only endure for a time. They have an expiry date, usually about 20 years. But in that time a savvy inventor, with sound business advice and clever marketing can be legally guaranteed exclusive rights to gain the most from their invention.

Because if you don’t protect what’s yours, someone is bound to steal it.