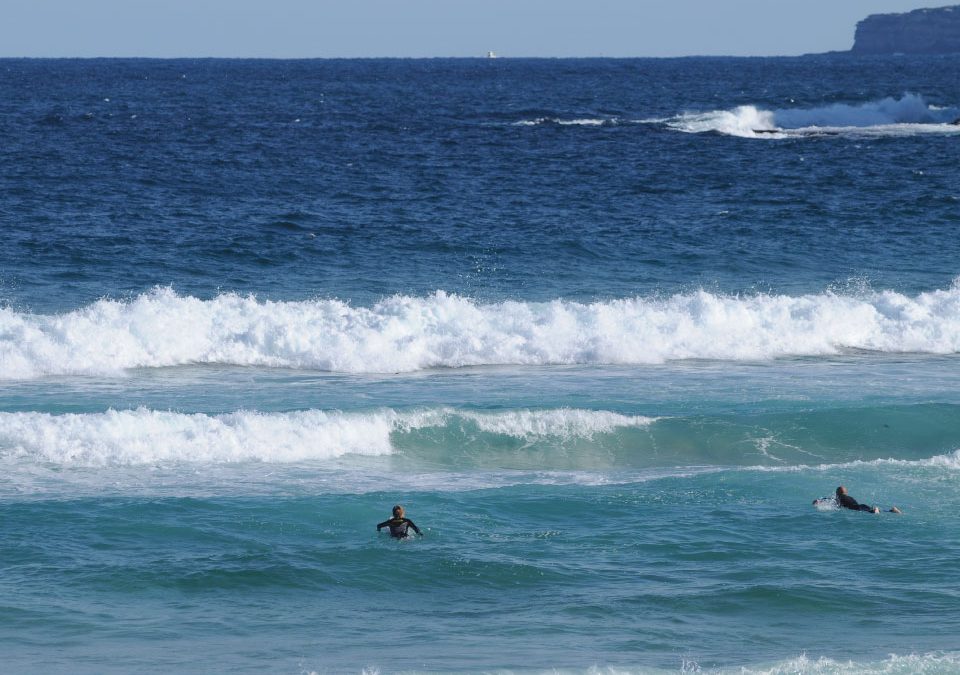 When one thinks of Australia, what comes to mind? As the country is surrounded by water, surfing is mostly one of the top ten hits in many lists of Australian adventures and activities. It’s no question that it is one of the sports Australia is best known for with its numerous beaches and surf spots.

Some of the world’s most famous surfing events are also held in its waters, such as Quiksilver Pro Gold Coast in Queensland, Surfest at Newcastle NSW, Australian Surf Life Saving Championships at Scarborough Beach, Rip Curl Pro at Bells Beach, and Margaret River Pro in Western Australia.

It’s a curious thing to think about how this popular sport came to be.

It was believed that it originated from practices derived from ancient spiritual traditions, evolving throughout the years before being recognised as a sport in the 19th and 20th centuries.

Whatever the reason people did it for, surfing always came with the one device mainly associated with it – the surfboard. Many believe it originated in Hawaii as recounted in notes from Captain Cook’s voyage to the islands in the 1700s.

Surfboards back then didn’t look like modern ones – most were around 20 feet long and weighed about 68 kilograms. Surfers also used to ride the waves lying on the board or to bodysurf, rather than standing up, which is a more recent development from Polynesians.

It was Tom Blake, an American athlete, inventor, and writer, who came up with the idea of a “hollow core” surfboard, to make it lighter and more buoyant. Further development on the surfboard came with Bob Simmons, who discovered the advantage of a concave rocker-shaped surfboard, also called the Simmons Spoon.

Simmons is hailed as the Father of the Modern Surfboard, with his discovery paving the way to further developments on the surfboard.

In the following years, the surfboard received many improvements. Tom Blake revisited it, adding a fin to the surfboard with the idea that it should contribute to handling and increasing speed. The fins prevented the board from sliding sideways with an additional “grip” to the water.

It was further improved by George Greenough and followed up by the Twin Fin by Mark Richards. Soon came the Three Fins or Thruster set up by Australian surfer Simon Anderson, and finally the Four Fins or Quad, which boosted its overall performance.

As surfing became a fast-rising sport in the 20th century, innovations came rushing to improve the way it was done.

In 1971 Pat O’Neill made use of a makeshift surfboard leash in the Malibu Invitational, using a surgical cord tied to his wrist and the surfboard. It helped Pat keep the surfboard within reach, which surfers before had to swim to retrieve causing some to drown or lose their surfboards due to strong currents.

Modern surfboards now incorporate a vast array of options that will fit any surfer and can assist those still learning the ropes, thanks to developments made mostly by surfers themselves.

Many surfboards have a balsa core or foam core and made mostly of fibreglass for a light yet sturdy built. Fins are now removable accessories, and surfboards also vary in size and shape with the introduction of other types of boards such as shortboards.

What makes surfing so enjoyable? The answer lies in one of the adventures of the human spirit: riding the alien territory of ocean waves. Modern surfing is popularly done by sustaining balance on an unbroken stream in an upright position using a surfboard.

The first two most important things to learn in surfing are ocean waves and surfboards. There are types of surfboards for beginners and experts, and some accessories can customise their performance. Speed and gravity causes lift and thrust just like with aeroplanes, and surfers should also note the grip of their surfboard on the water.

Combining the right type of surfboard for the surfing one wants to do along with learning to adjust to speed and gravity are keys to right manoeuvres. Timing is also an essential factor, as riding on catchable waves that produce an adequate flow is a skill acquired through observation. Lastly, bodysurfing is to make a perfect glide without the board, as it can aid in surfing activities in the water.

Surfers should also take note of waves, which can be classified as plunging, spilling, surging, and collapsing waves. Plunging waves are created when the wave swell hits a steep ocean floor or a change in depth, resulting in fast and challenging waves enjoyed by many professional surfers.

Spilling or mushy waves are caused by gradual slopes on the ocean floor. These waves are ideal for beginners as spilling waves are smaller and have a gentler flow and take longer to break.

Next, are surging waves, which are particularly dangerous if taken lightly. These are created by coastlines or beaches that look calm on the surface but have a steep receding ocean floor. They do not form crests, and the current underneath moves faster than at the surface.

Last to note are collapsing waves, which are a mix between surging and plunging waves. They form crests, but they hardly break and usually foams resulting in white blankets of water.

It might not look very easy, but surfing is pretty simple once a student learns the basics. All it takes is practice and focus on improving one’s wave-riding. It’s also easier to learn in places with lots of surf-worthy spots such as Australia.

According to the International Surfing Association, the surfing market is worth about $15 billion, with around 20-25 million surfers worldwide. Many innovations are still in development for the popular water sport, with many patents granted and pending for surfboards.

Surfing is an exhilarating and adventurous sport that takes more than just guts to learn. For Australia, it’s probably as natural as breathing – as a country with a genuine love for sports and adventure.