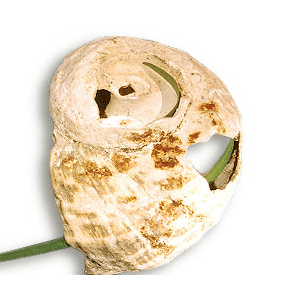 Anyone growing up in the 1970s in Australia might be forgiven for spending way too much time watching television. One of the most popular programs of the mid 70s was The Bionic Woman, a spin-off of an equally popular program, The Six Million Dollar Man. Both shows were based on the premise that people who had suffered massive injuries could have their body parts replaced with high-functioning, artificial limbs and implants that were not only indistinguishable from natural body parts but could actually work better, so much better in fact that the body parts made their possessors into super-heroes who could go on exciting secret missions that would serve the interests of peace and freedom and, in the process, justify the investment in research and development of the artificial augmentations.

Such a combination of machine and biology results in a cyborg – a term that is a combination of the word “cybernetic” and “organism”. At the time, the idea of a cyborg was pure science fantasy, but, as sometimes happens, real-life scientific research made science fiction a reality much sooner than most people would have predicted.
In The Bionic Woman, the protagonist, Jaime Sommers, loses hearing in her right ear. The ear mechanism is replaced by an elaborate implant whose mechanism is never revealed, but that allows Jamie to hear sounds and frequencies far outside the range of normal human hearing — an obvious advantage to a spy. However, even beyond the realm of espionage the idea of being able to give hearing back to the hearing impaired is, naturally, extremely appealing. It’s estimated that about 20% of adults have some degree of hearing loss and almost 2 per thousand have total or profound hearing loss and for many people this was more than enough justification to invest time and money in finding a way to “cure” deafness.

One such researcher was an Australian, Dr Graeme Clarke, who had a close relationship with his deaf father and dreamed of being able to give him hearing. A man of vision, he was appointed Chairman and Professor of The University of Melbourne’s Department of Otolaryngology (Ear, and Throat Specialists) in 1970. Hearing is a complex thing and there are many different reasons as to why someone might become deaf. Clark’s vision was to concentrate on the connection between the outer ear and the inner ear. The main mechanism of the inner ear is the cochlea, a spiral-shaped highly-specialised bone. The inner surface of the cochlea is lined with fine hairs that vibrate when exposed to sound. The hair vibrations stimulate nerve signals that the brain then interprets as sounds. Sometimes, the outer ear mechanisms, like the ear-drums, get damaged, which means sounds can’t get to the cochlea to stimulate the sensitive inner hairs. Clark’s approach was to bypass these outer mechanisms and provide artificial, electronicstimulus directly to the cochlea.

Clark’s research didn’t happen in a vacuum, it was conducted in an environment in which researchers all over the world were trying to solve the problem in different ways and in 1977, a Swede, Mona Anderson, became the world’s first “Bionic Woman” when she received a Baha Implant, that works by augmenting sound through bones connected to the ear. In the same year, Clark receive a research grant for developing his device. Legend has it that he worked out a way to implant the electronics by playing with a blade of grass and a (cochlea-shaped) Turban Shell on Minamurra Beach in New South Wales. Working with silicon chip design engineers Jim Patrick and Ian Forster, Clark made rapid progress and in 1978 Rod Saunders became the first recipient of the Cochlear Implant. The first sound Rod heard was “God Save the Queen”. When he heard the music he stood up and saluted.

This amazing breakthrough attracted commercial interest and medical device manufacturers The Nucleus Group and Professor Clark, in partnership with the Australian Government formed Cochlear a specialist company to develop the implant further for commercial release. Cochlear founded their global headquarters in Sydney, Australia. Being professionals, and anxious to protect an investment that was already running into well-over $4 million, Nucleus owner and CEO Paul Trainor, made sure that each iteration of the implant was properly protected with patent protection in Australia and the rest of the world, through properly qualified Australian Patent Attorneys.
Other milestones quickly followed with technological improvements through the 1980s and 1990s. The US Food and Drug Administration approved the device in 1985, the same year that the first children were ever fitted with the device. 1987 even saw the release of Australia Posts “Bionic Ear” Stamp — a rare honour — and child cochlear implant recipient Pia Jeffrey was featured in the Sydney Telephone Directory in 1992. Today, Cochlear is listed on the Australian Stock Exchange.

While Professor Clark was never able to give his father his hearing, and while the implant is still not exactly invisible (or gives people super-human hearing) the various versions of the implant have given hearing to tens of thousands of people. It is an example of a genuine Australian scientific, technological and commercial success story.