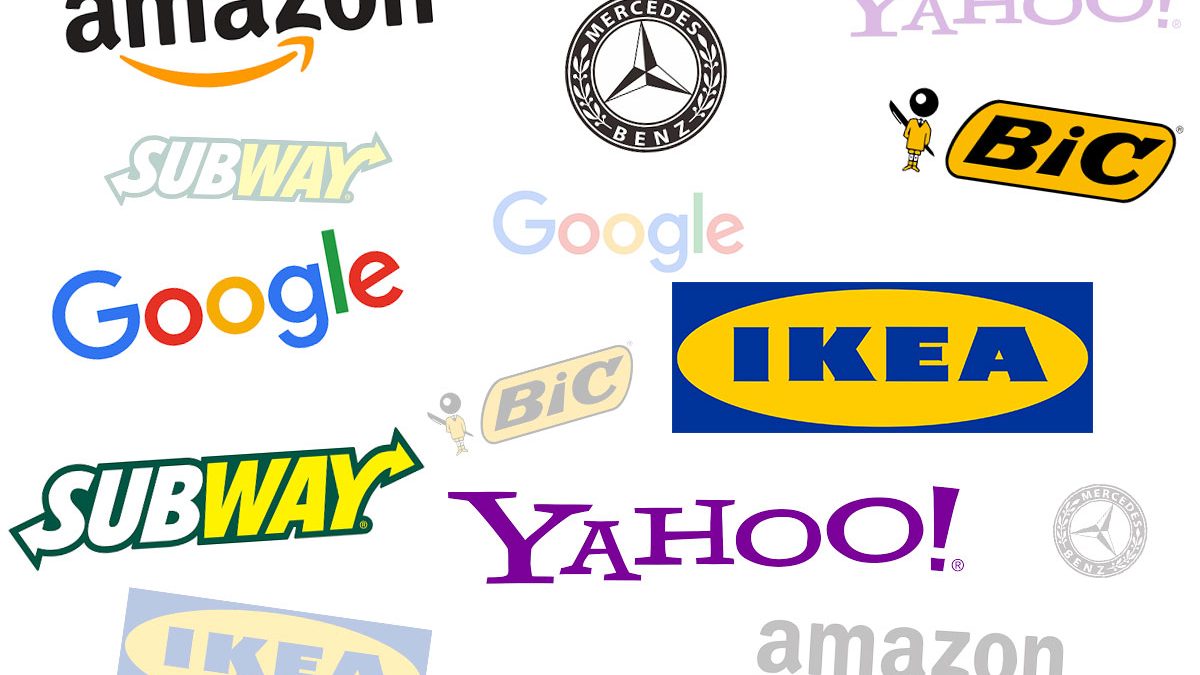 It’s a little known fact that people in the modern world, who grow up in cities dominated by the activities of major corporations are far more likely to recognise company logos than they are to be able to identify local plants and wildlife.
For better or worse, trademarks are part of our outer and inner landscapes, and because they are the primary “face” of companies, they are valuable things, things that companies are willing to spend millions on developing, promoting and protecting with appropriate trademark registration through their primary champions, trademark attorneys and lawyers.
But where do these trademarks and logos come from? Who comes up with them?
Here’s the story behind some of the most iconic of modern icons.

Amazon
Amazon’s founder, Jeff Bezos, first wanted to call his company “Cadabra” as in “Abra Cadabra” but changed it when an intellectual property lawyer misheard the name as “cadaver”. His next choice was “Relentless”, but he got flack for that too because the name sounded “sinister”. In 1995 he finally settled on Amazon by looking through a dictionary. He didn’t have to go further than “A-m” because of the positive associations with the word – exotic and big. “A” also has the advantage of being the first in an alphabetised list, just like this one. The orange arrow underneath the name is reminiscent of a smile.

Bic
The global pen company is named after the simplified spelling of the company’s founder Baron Marchal Bich. Bic’s logo is in two parts, the Black on Orange BiC rhomboid and the ballpoint-headed Bic Schoolboy, designed by French graphic artist Raymond Savignac in 1961. The orange and black reflects the most common colours of Bic pens from that era, chosen for their high visibility.

Google
In 1920 US mathematician Edward Kasner asked his nephew Milton Sirotta to come up with the name for a really big number. Milton came up with “googol” to designate a “1” with one hundred zeros following it. To give you an idea of how big a googol is, the total number of elementary particles in the known universe is “only” 1 followed by 80 zeros. You’d have to multiply that number by itself 20 more times to get a googol. Google founders Larry Page and Sergey Brin originally called their search engine “BackRub”, but changed it to “google” (a misspelling of “googol”) in 1997 to represent the huge amounts of information that google would eventually handle.

IKEA
Swede Ingvar Kamprad started IKEA in 1943 at the tender age of 17. Kamprad is now one of the 10 richest people in the world, so it pays to start early. It also pays to register your company as a charity – and paying very little tax – a status that IKEA has managed to keep all these years to everyone’s amazement. Even the trademark is owned by a company incorporated in low-tax Luxembourg. The name’s origins is much less mysterious than its corporate structure. It comes from the founder’s initials, “IK”, and the initial of the farm he grew up in “Elmtaryd” in his hometown of “Agunnyaryd”.

Mercedes-Benz
Originally, in 1926, it was Daimler-Benz, a manufacturer of internal combustion engines and named after the founder Karl Benz and in honour of a business rival Benz’s that he’d previously sued, Gottleib Daimler (it’s complicated). The “Mercedes” was named after Mercedes Jellinek, the daughter of Daimler’s associate Emil Jellinek and was originally the name of specific model racing car built by Daimler’s company Daimler-Motoren-Gesselschaft in 1901 (it’s complicated!). The distinctive three-pronged star in a circle that’s the company’s logo is an abstract representation of an aeroplane propeller, a reference to Mercedes-Benz’s focus on aeroplane manufacture during World War II.

Subway
Subway is actually owned by a holding company called “Doctor’s Associates Inc.” because in 1965, 17-year-old founder Fred DeLuca only wanted to start a business to pay for his medical school tuition. So he borrowed $1000 from family friend Dr. Peter Buck and founded “Pete’s Super Submarines” in Bridgeport Connecticut. The “Subway”, as in “way of the “sub”) name didn’t happen until 1968. Franchising started in 1974. Decades and over 25 000 stores later, Fred never did get around to going to medical school but he did graduate with a degree in Psychology from the University of Bridgeport in 1971.

Yahoo
Stanford University graduate electrical engineering students David Filo and Jerry Yang started “Jerry and David’s Guide to the World Wide Web” in 1994. The “Yahoos” were a race of primitives from Jonathan Swift’s 1726 novel “Gulliver’s Travels”, known for their dirtiness and obsession with gems. Filo and Yang liked the name – which in Filo’s 1980’s native Louisiana had become a slang term for unsophisticated Southerners – and the pair then decided it was an acronym for “Yet Another Hierarchically Organised / Officious Oracle”.