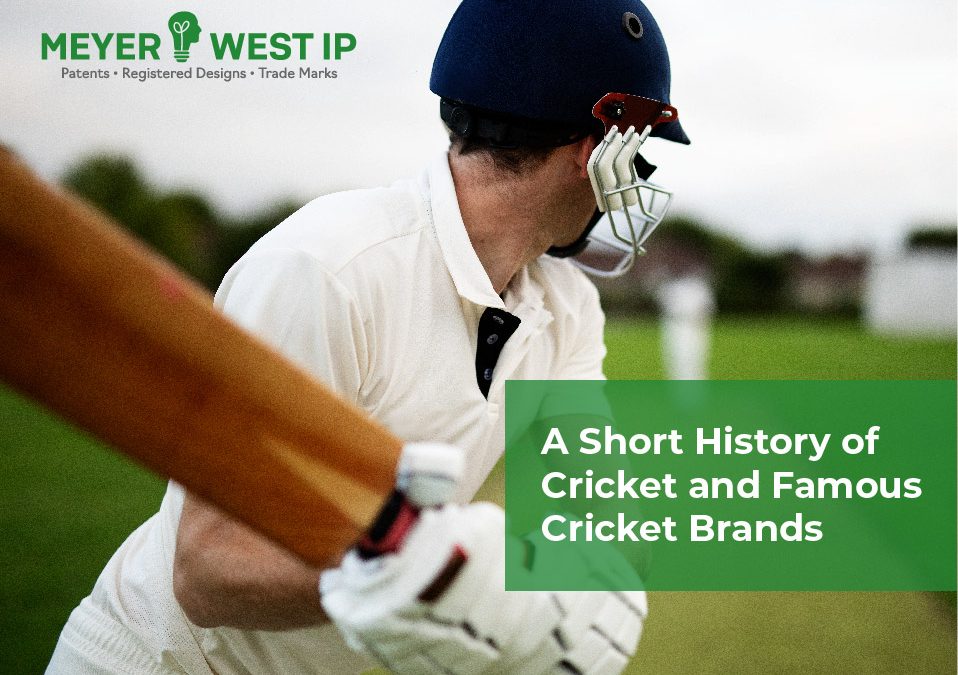 Two teams. Eleven players per side. A uniquely shaped rectangular, wedge-shaped bat. A small, fist-sized, red or white leather-covered ball of string around a cork core. Three sticks stuck parallel, vertically in the ground topped with two bracing cylinders stand at the end of a 3.05 x 20.12 meter-long (22 yard-long) rectangle of cleared ground. A set of rules that has evolved over centuries and you have, cricket, the most enduring sporting legacy of the British Empire.

Cricket began, as far as we know, as a bat and ball game played by children in south-east England in the mid-1500s, although there is some speculation that its origin is even older, going back to before 1300. It might have evolved from a variation of lawn bowls, where players started using a bat to stop a ball from reaching a target. Originally played on cleared sheep grazing land, the modern cricket field isn’t all that much different. The name “cricket”, might have come from the Middle French word “croquet”, meaning “wooden post” or even from the Old English “cricce”, meaning a staff or crutch, with further suggest the connection with sheep grazing.

Over the centuries cricket has become more formalized, a sport for grown-ups and a multi-billion-dollar, international industry. It really is a game of the British Empire, the ten full members of the International Cricket Council are England, and former imperial colonies, Afghanistan, Australia, Bangladesh, India, Ireland, New Zealand, Pakistan, South Africa, Sri Lanka, The West Indies and Zimbabwe. It is estimated that there are about 220 million people in the world who play or are fans of Cricket.

With this much interest, time and over $5 billion invested each year in it, Cricket has high standards and precision. The size weight and materials of all cricket equipment are strictly defined by the ICC and so, although there are many manufacturers, some are more highly regarded than others, and have built up considerable reputations and brands to represent the highest quality craftsmanship, especially when it comes to the bat, the piece of equipment that gets the most attention, lovingly made from mostly English Willow or Kashmir Willow.

No prizes for guessing that Kookaburra is an Australian brand. The company was established in 1890, in Melbourne by Albert Grace (AG) Thompson, who was born in Cambridgeshire in 1863. Of Scottish descent, Thompson began his working life as a saddler and harness maker. After moving to Australia he leveraged his love of sport into a business originally called AG Thompson Pty Ltd, before deciding on “Kookaburra”, named after a wild kookaburra and informal pet who he called “Jacky” who lived in a peppercorn tree outside his residence and workshop in the southern, bayside, Melbourne suburb of Brighton. Over a hundred years and four and five generations later Kookaburra is still making equipment, clothing and footwear for cricket and field hockey but it is most famous for its hand-stitched cricket balls and the Kookaburra Kahuna Cricket Bat. Aficionados note the bats excellent grip.

Now owned by The Unicorn Group – who also own Unicorn Products, PowerGlide, Net1 and Molten UK – Gunn and Moore began life as a specialist sports equipment and apparel company at 49 Carrington Street, Colwick, Nottinghamshire in 1885. Its bats are highly prized – “a distinct concave profile, with a high swell position … renowned for its strokeplay and high-impact shots.”

Pakistan has a fanatical cricket following yet one of the most famous Pakistani brands has a French / English name – “sanpareils” is French for “without equals”. Founded by Lahoran-born brothers Dwarakanath and Kedarnath Anand in Sialkot, Punjab in 1931, when Pakistan was still part of British India, Sanpareils Greenlands – or “SG” as it’s more commonly referred to – moved to Meerut, Agra after the partition of India. They are noted for their SG Test Balls, because of their thicker stitching with  closer seam. They are only 20% of the price of Kookaburra balls, but in recent years have come under some criticism from professionals because of lower quality, thus demonstrating that brands cannot live on their reputation alone, but also have to maintain the level of excellence that created the brand’s reputation in the first place. Their SG Player’s Edition bat though, is still highly regarded.

Gray-Nicholls is famous for its “scoop bat”. First designed in 1974 by John Newbery, and with a high profile courtesy of Australia’s Chappell brothers, the bat has a unique profile, and though it requires some modification of playing style, the results justify the passion the bat evokes.