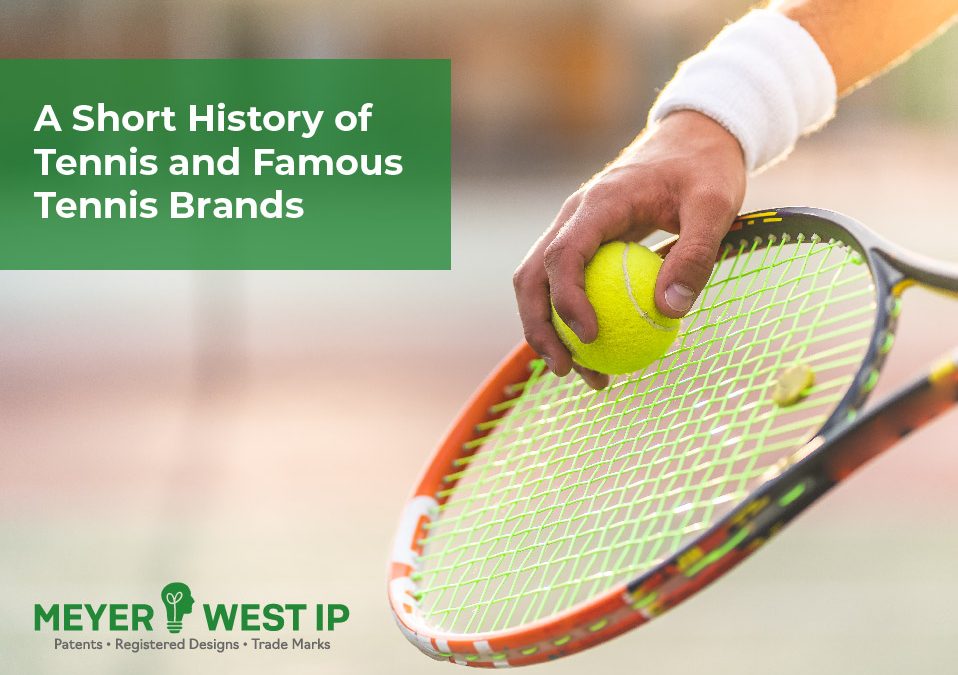 A Short History of Tennis

What we now call today “tennis” is more specifically “lawn tennis”. This is to distinguish it from its ancestor “real tennis”, which was “real” not because it was opposed to “false” but because of an old meaning of “real” which, when pronounced “re-al”, meant “royal”. “Real” tennis in French was known as “courte-paume” meaning “short-palm” to distinguish it from “longue-paume” or long palm, or, to put it simply, handball. So handball is the ultimate ancestor of tennis. Tennis is what handball evolved into when people got it into their heads that the game could be better, and certainly easier on the hands, when played with some form of racket. The word “racket” itself comes a Middle French verb “rachasser”, which means to strike or chase back (a ball).  The word “tennis” itself is a corruption of another word, “tenez”, which translates at “take care” or “take heed”, which was originally spoken out loud as a warning from the server to the receiver, balls being quite a bit tougher in previous centuries than those of today.

Real tennis really was the sport of kings. It was already several centuries old when it became one of the favorite sports of King Henry VIII, at which he is said to have excelled in his youth, although how many people would feel comfortable about beating an absolute monarch might have had something to do with his record of prowess. Because it was played indoors in large spaces that could only be afforded by very rich people, real tennis remained a very exclusive sport. The origin of the peculiar scoring system of modern tennis comes from real tennis scoring in lots of 15, with “forty” originally being “forty-five”. When two players are both at forty, they are at deuce – usually badly pronounced as “juice” – a corruption of “deux de jeux” meaning roughly “two (points) from the game.” Similarly “love” for a score of nil comes from “l’oeuf” – “the egg” – which is roughly the shape of a zero. Tennis is very much a French game.

When people started playing it outside, it became “lawn tennis”, although in truth it’s very seldom played on lawns, with the modern game being played almost exclusively on special-purpose surfaces, but still green-colored, as a sign of its origin.

The modern game is credited as the result of the pioneering work of Welshman, British Army officer and inventor Walter Clopton Wingfield, who formalized the rules of tennis in 1874 and spent his life promoting the game.

Although the surface upon which it’s played, the quality of the ball and the requisite shoes are important considerations, aside from the skill of the player, tennis is really all about the bat, so the world’s most respected tennis brands are virtually synonymous with those of the most respected bat manufacturers.

Originally made from various different types of wood and strung with catgut – which is actually made from the intestines of sheep – the tennis racket has evolved into a high-tech instrument, with premium rackets made of space-age materials such as carbon-fiber composites and other plastics.

Pierre Babolat founded his eponymous business  in Lyon, France in 1875,  and claims to be the oldest still extant company in the world that specializes in the manufacture of equipment for racket sports. Babolat was initially only entirely devoted to strings, and still prides itself on creating the highest quality natural catgut strings in the world, the VS, introduced in 1925. They introduced “Elastocord” in 1955 as their first synthetic catgut. A few years later, they launched a protective solution for natural catgut called “Babol” which became a verb, “to babolize” your strings. 1986 saw the introduction of the VX synthetic multi-filament string. In 1994, after 119 years of string production, Babolat created its firs range of racket frames which they further refined with a “woofer” system for creating a dynamic interactivity between the strings and the frame. The years since 2000 has seen Babolat further branching out into balls and shoes (in partnership with Michelin).

Aeronautical engineer Howard Head founded Head in 1950 because he felt that he could improve on wooden skis by using the same sorts plastic and aluminum laminates that were used in the manufacture of aircraft. In 1969, having conquered the world of skis, he sold his company to sports conglomerate American Machine and Foundry (AMF) and took up an interest in tennis. While still having considerable say in his company, Head started manufacturing aluminum-framed rackets which made the world take notice when Head-sponsored Arthur Ashe won Wimbeldon in 1975. Head the man died in 1991, but innovations continued. In 1997 Head produced their first titanium and graphite rackets with an integration of graphene in 2013.

Founded in 1970 by Robert H. McClure of Princeton, Prince began its life making tennis ball machines, and only later did they begin making aluminum rackets because Howard Head, of Head, liked the machines but wanted a better racket. Prince is now most famous for its oversize rackets. After numerous changes of owners, Prince Global Sports is part of Wiatt company. It’s currently based in Atlanta, Georgia, a city which boasts the largest membership in the world of a tennis league with 80 000 members in the Atlanta Lawn Tennis Association.

Schwartzchild & Sulzberger, a meat packing plant in Chicago in 1913 didn’t know what to do with all the by products of animal slaughter, so they decided to make catgut strings for violins, surgical sutures and then, tennis rackets. Naturally, this led to making the rackets themselves. Executive Thomas A. Wilson, saw the potential and founded his own company in 1916. Over a century and numerous acquisitions and changes of ownership later, the company is regarded as one of the best racket manufacturers in the world, and has a net income of about $1 billion from its various operations.

Founded in 1946 in Tokyo, Japan, by Minoru Yonemaya, Yonex is about as high tech as they come. Originally the company manufactured wooden floats for fishing nets, but were drummed out of that business when plastics became a thing. Yonemaya learned his lesson, and Yonex has since been at the forefront of using innovative materials in the construction of its products. By 1957 they were making badminton rackets and got around to tennis rackets in 1971. Although they’re still mainly known for their badminton rackets, they apply the same precision engineering to their tennis rackets and continue to increase their influence in the world of tennis.