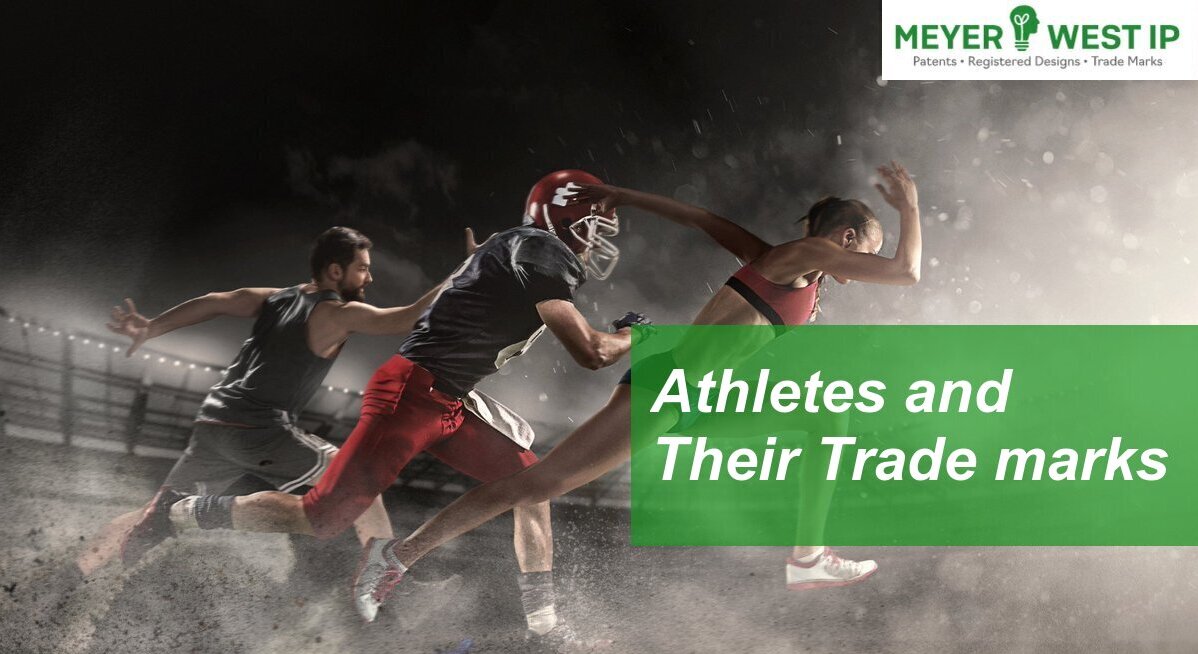 What is a Trademark?

A trademark is a symbol, image, word, or set of words – or a combination of all of the above, that an individual, business, or company uses to represent itself, its goods, or its services.

. In Australia, trademark registration is administered by a government department – IP (Intellectual Property) Australia. Registration is key if you want to protect your trademark.

Perhaps a better way to put the question is “What is a trademark really for?” After all, it’s going to take some time and money to devise or design a trade mark, have it properly checked by a specialist intellectual property lawyer, and then registered. If you’re going to go to that much trouble you want to be clear about why you’re investing this much effort into something that’s a little abstract. Except that it isn’t. A trade mark has a very practical value.

Since the Olympics is upon us it seems fitting that we should look at some trademarks associated with athletes. After all, athletes aren’t just people who have noteworthy physical prowess. Athletes are role models for youth. Athletes are people who inspire others and whom others aspire to emulate. Athletes are people, sure, but they have reputations that they need to defend and, perhaps above all they are brands – marketable commodities. Companies both within and outside of the sporting world are willing to pay large sums of money for celebrity athlete endorsements in the hope that they can cash in on the glamorous glow that athletes can bestow on products or services by simple association.

Some athletes have decided that it’s worth their while to register trademarks that represent that glamorous glow.

Usain Bolt – “Bolt to the World”. The Jamaican eight-time Olympic gold medallist sprinter has never hesitated to capitalize on the fortuitous coincidence that his surname evokes the sudden blast of lightning and all that that connotes. Unfortunately, the phrase “lightning bolt” is a standard term in English, so it can’t be trademarked, but that hardly matters. However, his various logos can be.

LeBron James – “Just a Kid from Akron”. James actually has a company that handles his intellectual property, LBJ Trademarks. The NBA star takes his reputation and his role as a role model very seriously. When he partnered with his hometown of Akron Ohio to create the “I Promise School” to help disadvantaged youth he registered another inspiring trademark – “Nothing is given. Everything is earned.”

Jeremy Lin – “Linsanity”. The first ever Taiwanese-American player in the history of the NBA first made a big impression in a series of victories for the New York Knicks in 2012. When “Linsanity” became a thing a point guard tried to register the trademark, but Lin won a legal battle to secure his rights, which just goes to show that it’s not that easy to capitalize on someone else’s rights. When Lin signed a $36 million contract with the Brooklyn Nets he got in first and filed a trademark application for “Brook-Lin”.

Shaquille O’Neal – What is it about basketball players and branding? It’s probably the combination of huge pay cheques, fame, bankability and a culture of nicknaming. O’Neal was known as “The Big Cactus” and “The Big Shaqtus” when he played for the Phoenix Suns. So in 2011 he was able to successfully sue a company that sold “Shaqtus” merchandise, which again, goes to show that if you can prove that someone else is capitalizing on your reputation without your permission, you can defend your name. O’Neal is somewhat of an entrepreneur, so you’ll find his nicknames and plays on his name all over the place in trade marks he now proactively registers for products ranging from apparel to books, soft drinks and video games – “Dunkman”, “ShaqFu”, “Shaq Attaq” and “Shaqfighter”.

Michael Phelps – “MP Logo”. The most decorated Olympian in history with 23 gold medals and another 5 for 28 overall is remarkably restrained when it comes to trade marks, perhaps because swimming isn’t as bankable as basketball. Nevertheless, there is also the Baltimore-based franchise the “Michael Phelps Swim School”.

Serena Williams – “Aneres”. No prizes for guessing that that’s “Serena” spelled backwards. Williams has registered the trade mark to front her ventures into a clothing line as well as cosmetics and perfumery.