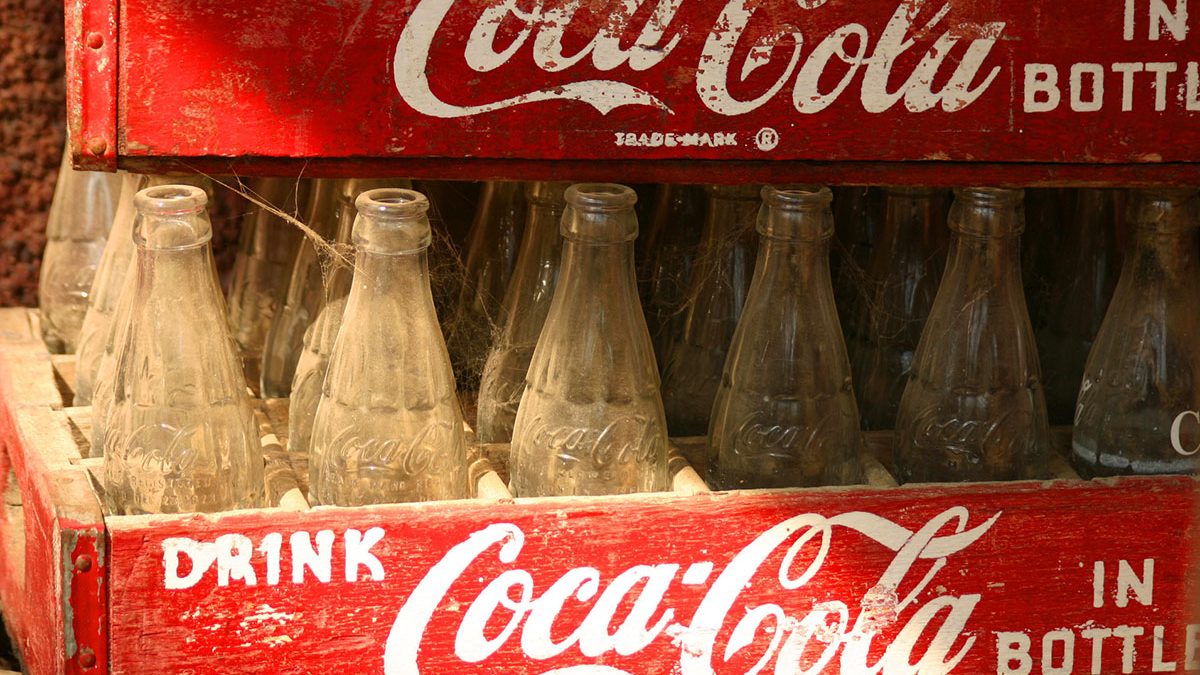 How did a recipe largely comprised of caramel and carbonated sugar water became one of the most recognised and most valuable brands in the world? It’s no secret that the science of marketing is central to the success of the Coca-Cola story and the key image of that marketing is Coca-Cola’s distinctive (and vigorously protected) trade mark and logo.

Back in April 1865, 23-year old Lieutenant Colonel and Pharmacist John Pemberton, a native of Georgia in the US was fighting in the Confederate Army in the American Civil War when he sustained a sabre wound to his chest. To help the pain, he self-medicated with morphine and soon became addicted to it. Realising that an opiate addiction was unsustainable, Pemberton experimented with plant extracts native to various indigenous healing traditions and eventually came up with “Pemberton’s French Wine Coca”, which contained extracts of coca, kola nuts (a native of tropical Africa rich in caffeine, kolanin and theobromine, which are all effective stimulants) and damiana (a native American plant used to treat anxiety and to boost sexual potency). Settling in Atlanta, Pemberton started marketing his wine to fellow war veterans as a treatment for “neurasthenia” (which we’d probably describe nowadays as post-traumatic stress disorder) and to Southern women to treat “nervous exhaustion”.

Pemberton was doing well out of his French Wine, when, in 1886 Atlanta suddenly became “temperate” and he had to find a non-alcoholic alternative. With his colleague Willis E. Veneble, Pemberton ended up with a syrup to which soda water could be added. It was essentially the core ingredients of the previous wine, minus the alcohol and the damiana.

Frank Mason Robinson, who was working as a bookmaker for Pemberton came up with the name Coca-Cola “because it was euphonious”—it sounded good, which is as good a reason as any when coming up with a name that you’d want to be registering as a trade mark. In his other major act of inspirational genius Robinson also came up with writing the Coca-Cola in Spencerian script, which, although rare today, was the standard script for business correspondence in the US in the late 1800s.

The most recognisable parts of the script are the flowing lines and that the letters, especially the round letters, are built around a standard narrow oval. While Coca-Cola’s logo is probably the most famous example, the Ford Motor Company is also based on that script.

So, now, in May 1886, with the most basic elements of its corporate identity in place, Coca-Cola was ready to take over the world. Slow going at first, it only sold less than 100 litres of syrup in its first year, but by 1887 it sold almost 4000.

Shortly before he died in 1888 from stomach cancer, Penberton, broke and still addicted to morphine, sold shares in the formula to another Atlanta patent medicine seller, Asa Griggs Chandler for a sum equivalent today to about $600 000. The Pembertons didn’t really profit from Coca-Cola as six years later John’s only son Charles, also an opium addict, would be dead too at the age of 40.

So it was up to the Chandlers family to begin to turn Coca-Cola into a world brand. The key—a popular product pushed with aggressive marketing and spear-headed by a great trademark. Both the drink formula and the marketing and trademark formulas worked so well that the Chandler family made a considerable amount of money when they sold Coca-Cola to Ernest Woodruff in 1919. Woodruff and his sons would go on to make even more money out of the brand.

It almost goes without saying that proper trademark registration was essential to protecting Coca-Cola’s interests. And what was important in the “Wild West” economy of the United States in the late 1800s and early 1900s is no less important in Australia in the early 21st century. Creators of products, especially marketing-driven products, in Sydney, need the services and easy access to specialised trademark consultants in Sydney and trademark attorneys in Sydney to ensure the legal protection of their intellectual property because, in so many cases, the intellectual property is the product. No one has exclusive rights to water, sugar and kola nuts. But try to create a similar looking and tasting product to Coca-Cola and using a trademark and logo similar to Coke and see how far you get.

Smart entrepreneurs want to be in the same position of having a valuable, protected asset.

And just in case you were wondering, in 1906 the US Federal Pure Food and Drug Act made it impossible for Coca-Cola to continue containing cocaine. Modern Coke contains extract of “spent cocaine” leaves just as a flavouring, at least that’s what they tell us. It’s about as much as almost anyone knows since the formula for Coca-Cola is one of the world’s most closely-guarded secrets.