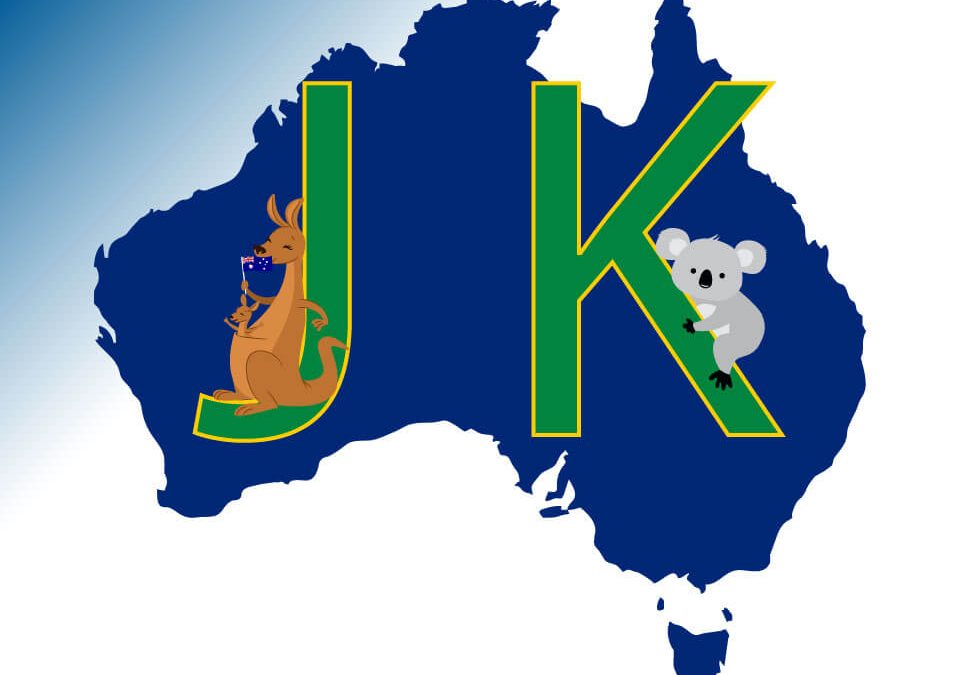 This month our series on Great Australian Brands and Iconic Trade marks takes us to the middle of the alphabet – “J” and “K” – and an underlying rivalry.

With its simple, stark, no-frills black and yellow logo of its corporate colours, JB Hi-Fi has, over the past twenty years, established itself as an instantly recognisable premier retailer of consumer electrical and electronic entertainment products and equipment.
JB Hi-Fi is one of those brands that long ago transcended the vision of its founder, Melbourne businessman John Barbuto (the eponymous “JB”), who established JB Hi-Fi way back in 1974, when “Hi-Fi” was still an actual thing. The original store, unsurprisingly, specialised in selling consumer sound equipment. Nine years later, in 1983 a group of three businessmen, John Bouris, Peter Caserta and David Rodd, bought the business and spent the next 17 years expanding the single store into a chain of 10 stores and also moving into music retail. By 2000 JB had a turnover in Sydney and Melbourne of $150 million.
The secret of JB’s success was making smart business decisions. In 1991 they saw the writing on the wall for vinyl records and began to exclusively stock CDs. They were also among the first retail chains to see the potential of the computer gaming market and the growth of DVDs. Since 2000 it’s been a privately listed company and seems healthy enough with 154 stores across Australia and 15 in New Zealand. Historically, JB has had a flexible outlook. It’ll have to maintain a willingness to reinvent itself – CDs and DVDs are on the way out.
JB is yet another example of a brand that exists not because of a particular product or service, but because of a consumer expectation – in this case the expectation of a large range of choices, reasonable pricing and good service. Consumer expectations are one of a number of factors that you have to consider if you’re planning to register a trademark in Australia.

Arguably, one of JB’s greatest competitors is one of the great Australian entrepreneurial stories as well as a story of the building of an iconic brand. Although he was born in Belarus in 1982, Ruslan Kogan came to Australia in 1989 with his family and grew up in a Housing Commission flat in Elsternwick. His early interest in computers ultimately led him to start an online retail business from his parents’ garage at the age of 23. The secret to Kogan’s success was building relationships with TV suppliers to create a new range of products branded as Kogan products, but significantly improving the consumer experience by ensuring that manuals and documentation were detailed and easy to understand. Despite initial headaches that would have defeated someone with a less positive attitude, Kogan has, in an amazingly short period of time, managed to build a business and a brand with sales of around $1 million a day and a personal fortune of over $300 million. It helps if you have a memorable surname, a snazzy logo that makes clever use of the universal “on-off switch” symbol and a penchant for self-promotion in the style of Dick Smith, which includes taking a very public swipe or two at JB Hi-Fi. Kogan’s trademark portfolio is well protected in Australia and overseas and the business has obviously benefitted from the advice of an intellectual property lawyer.