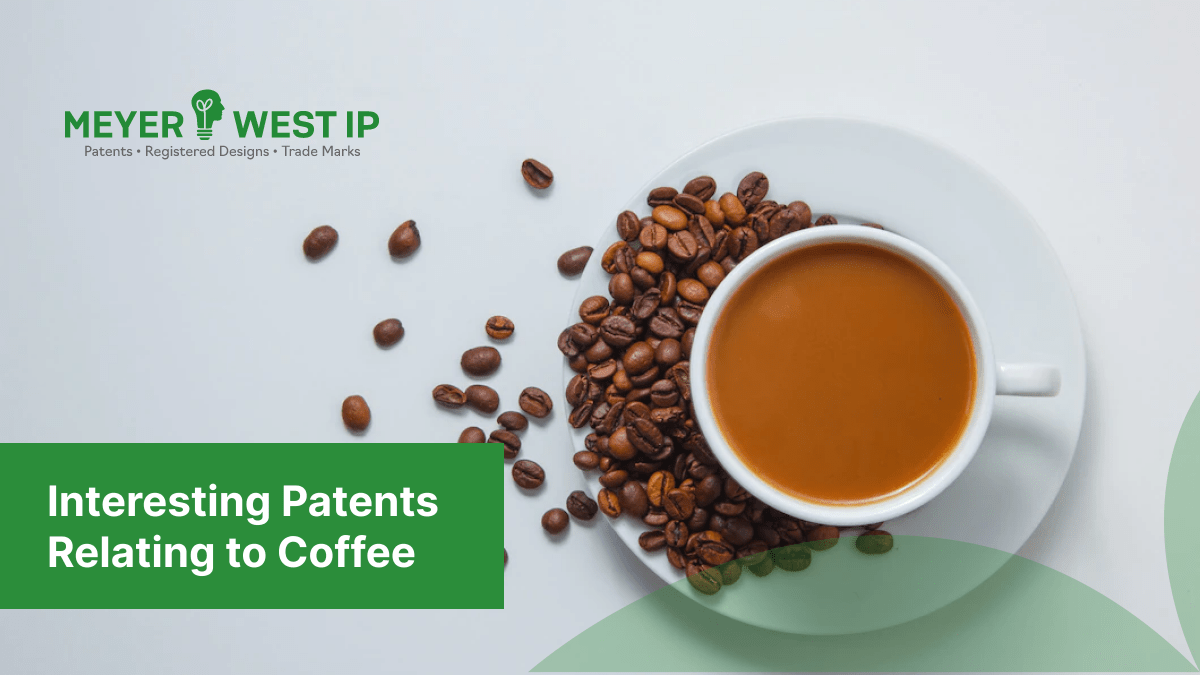 Imitation, when perceived positively, can be considered flattery. The inventor is the first one to have aggregated the product. Patents come with a purpose. They are used to safeguard intellectual property while granting the holders exclusive rights to create, use, and sell their invention for specific period starting from the filing date of the patent. With the patent, the inventor gets exclusive rights to sell the product and make good money for a specific period. One of the most compelling reasons for people to patent their invention is to profit from it. People are motivated to create and bring fresh ideas to reality because they have a monopoly over their invention. But what about coffee? As trivial it might seem there are some unique and interesting patents revolving around coffee and coffee machines.

Instant coffee is a quick beverage, and a practical one for those looking for a prompt caffeine treat. But its history is littered with patents and inventors claiming to have invented the first true instant coffee. While Alphonse Allais is credited with the invention, there were several patents and changes that lead to what we now term instant coffee. Surprisingly, it was first unpopular, but advancements in the manufacturing process resulted in a delectable yet convenient coffee drink.

It is said that John Dring received a British patent for “coffee compound” in 1771. There are some evidence that this was a dried, brewed coffee pressed into a cake, which has mostly been lost to history. According to reports, it spoiled rapidly and thus failed as a retail product. Dring already had a patent in 1768 for a dry “simply add water” writing ink product that could be moulded into a cake or tablet. In 1771, he was granted a patent for an “Apparatus for and Mode of Drying Coffee.” These are clearly questions that need to be investigated further. Then came “Coffee Essence” in 1840. T & H Smith, a Scottish firm, created the first concentrated “coffee essence.” Percolation and rapid evaporation reduced this highly concentrated liquid to around 1/3rd or 1/4th of its original volume. It was then combined with a thick chicory extract and a burned sugar syrup. It had a molasses-like consistency and was described as tasting like coffee-flavored mild molasses. The standard serving size involved around one or two tablespoons per cup of hot water. It was made available in a bottle at pharmacies and supermarkets. A similar product, Camp Coffee, was marketed out of Scotland, later that century.

Camp coffee was the first all-pervasive ‘coffee’ that was accepted both as a drink and a baking ingredient throughout the British Empire. It was designed in 1876 to follow the Gordon Highlanders (a British army infantry regiment) on their journey to India, allowing them to satisfy their coffee needs while travelling or camping. Thereafter, in 1881, Alphonse Allais invented the water-soluble coffee compound and patented it (#141520) in France. Allais’ patent is considered the first water-dissolving, instant coffee, rather than its predecessor, a coffee concentrate blend dubbed Essence of Coffee, which was not well received. Although Camp Coffee predates Allais’ invention, it is a syrup rather than instant coffee grounds. In 1890, New Zealander David Strang patented (#3518) the Dry Hot-Air procedure of manufacturing instant coffee, after the original patent. Satori Kato, a Japanese scientist, made a comparable instant coffee and was initially credited as the inventor. However, Kato’s popular water-soluble instant coffee was invented before David Strang’s patented instant coffee.

According to William H. Ukers’ classic “All About Coffee,” published in 1922, there are two mystery French patents (records are yet to be tracked down). Tavernier received a French patent for a “coffee tablet” in 1852, while two people Lacassagne and Latchoud received a French patent for “liquid and solid extracts of coffee” in 1853. Both of them appear to be ways for producing some form of “instant” coffee. In reality, there are several “coffee tablet” patents in the United States, which involve the extraction of coffee, drying and evaporation of the resultant particles, and compression of the solids.

Other interesting inventions and facts around coffee

With tax being imposed on tea, which was also partly responsible for the civil war in America, the popularity of coffee swiftly grew across the country. Coffee had been ingrained in the American diet by the time of the American Civil War, some 85 years later. In fact, starting in 1832, it was a staple in all army meals.

Enter Satori Kato. Between 1899 and 1901, this Japanese creator of soluble tea developed a method for separating the volatile oils from coffee. The oils could then be recombined with the dried product, retaining the flavour and extending the shelf life. In 1901, he displayed his invention at the Pan American Exposition in Buffalo, New York. In 1903, Kato secured a US patent for his method.
Cyrus Blanke, a coffee and tea dealer, discovered that a spilled drop of coffee on a heated pie plate had evaporated, leaving a dry residue behind. He promptly began production and brought it to market in 1906 after discovering that adding water to the powder transformed it back into coffee. He called it Tony Faust’s Oyster Café in St. Louis, after the restaurant where the incident occurred.

George Constant Washington spotted some dried coffee on the spout of his coffee pot at the same time as Blanke was selling Faust Coffee. His mind must have gone straight to work as a seasoned inventor with over two dozen patents. By 1909, Red E Coffee was on the market, thanks to a secret technique and it was renamed G. Washington’s Prepared Coffee in 1910. Washington’s greatest advantage was that, unlike his predecessors, he could mass-produce his coffee. According to online sources, it was seen as a curiosity and was not particularly popular due to its poor taste.

The Banque Française et Italienne pour l’Amérique du Sud found its warehouses overflowing with coffee beans following the 1929 stock market crash. Louis Dapples, the chairman of Nestle and a veteran banker, was invited to assist. Nestle was tasked with developing a soluble coffee beverage and Max Morgenthaler, a chemist, was instrumental in assisting the company’s researchers in finding a solution. Creating a coffee concentrate with a series of percolators, blending it 1:1 with corn syrup, and spray drying it proved to be crucial. Nescafé was thus introduced to the world in 1938.

Today, every other corner has a café serving coffee grown in exotic areas all over the world.