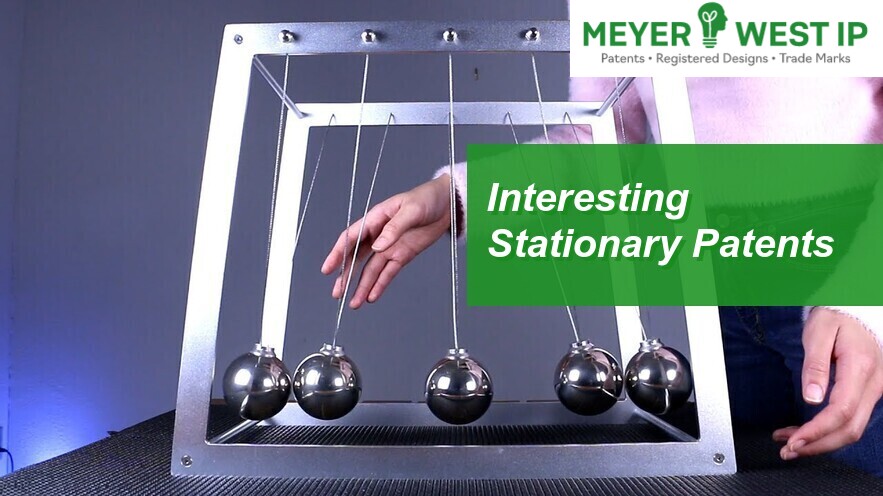 Nothing is as inevitable as death and taxes, but stationery comes pretty close too. Our civilization runs on stationery as much as it runs on anything else and it is one of the great ironies of history that the development of computers and electronic forms of information handling were supposed to create the “paperless” office, but what we got instead was a proliferation of new forms of stationery. It seems that as computers enabled us to do more, so it was that we ended up doing more and that required more tools for the doing.

When we think “stationery” what first comes to mind is paper, but “stationery” is a broad concept that includes all forms of consumable writing materials and tools of communication. “Consumable” is the key idea here. Typewriters were never “stationery” but paper, envelopes and rubber stamps are. Computers similarly aren’t “stationery” but ink cartridges are and one could make the case that USB sticks are too.
The lines are a bit blurry though. The “executive toy”, while not actually consumable, seems to be considered stationery too, not because of its utility, but because it looks out of place anywhere but in an office.

Given that humans are emotional beings and not just utilitarian ones, it was inevitable that even from the beginning stationary was never going to be just plain pieces of white, rectangular paper. Stationary lends itself to elaboration, taking on ever more decorative forms. As such, we have paper in thousands of different weights, textures and colors of paper made from wood pulp, to cotton and linen and other more unusual fibers. We have embossing and engraving to give us raised and indented patterns and textures. There are thousands of different writing instruments too, ink pens, pencils, felt-tipped pens, highlighters. There are a myriad envelopes and gift cards. Stationery lends itself easily to complexity, elaboration and novelty and it’s this very versatility that has allowed some unusual flurries of invention to express themselves. Most of these are not radical in terms of their mechanics, but their appeal (or lack of it) result from unusual aesthetic design. One could argue that highly unusual stationary is, in fact, a variation of the “executive toy” idea.

Take for example, this classic: 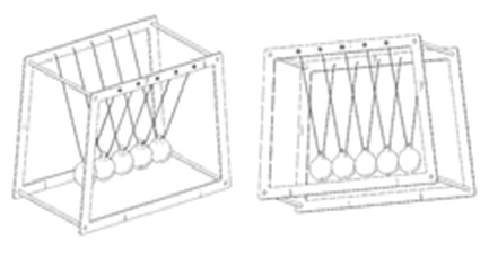 This is Newton’s Cradle. They’ve been around seemingly forever, but there is, in fact, a patent on it. USD684628S1 by Zach Hiller – applied for on 5 September 2012 and granted on 18 June 2013. The patent is active and will expire on 18 June 2027 but it is highly questionable what value this patent would have, since even a slight change in the design would be likely to create a virtually indistinguishable product.

Much more easily defended was this: 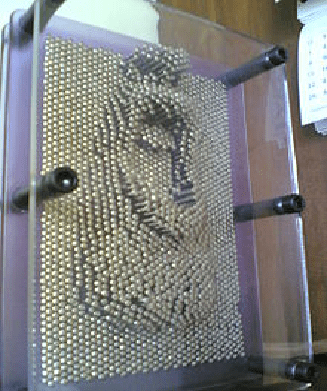 The pin screen patent application was filed by Ward Fleming in 1982 although a similar idea to use enclosed pins to create variable 3D shapes had been around for decades. Application US4536980A was granted in 1985 but expired in 2002. You can still find these pin screens on desks throughout the world acting as paperweights or simply as desk sculptures in their own right. 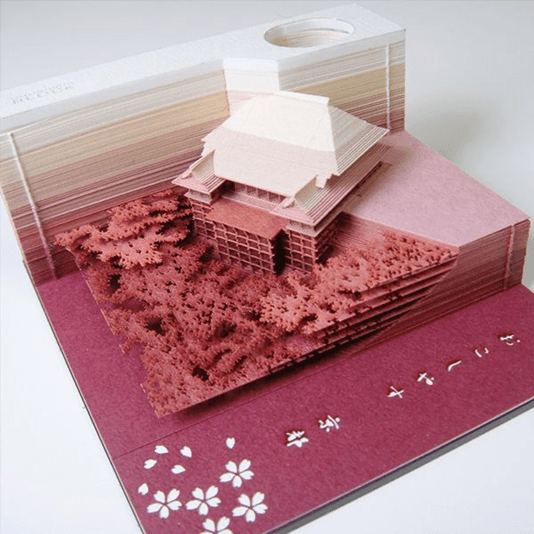 This block pad of paper starts off looking like a solid block, but as you use the sheets you gradually reveal this complex Japanese temple that can stay on your desk as an intricate paper sculpture long after you’ve used up all the paper for notes, lists and other scribblings. Stationary as high art.