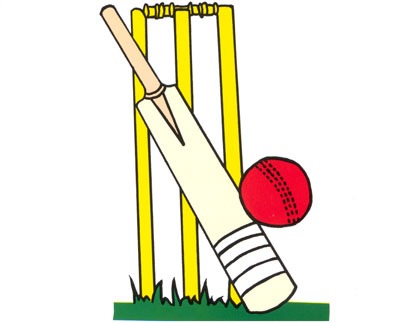 Cricket is one of those sports that are totally associated with a particular culture, but have still managed to find new homes in unexpected places. Baseball, for example is the sport of the USA but has a strong following in Japan. Golf is inarguably Scottish, but it has spread far and wide. Cricket is fundamentally English and yet it has fans (in the truest sense of the word as ‘fanatics’) in many countries that were once part of the British Empire (now downgraded to the Commonwealth) including Australia, New Zealand, South Africa, India, Pakistan and the West Indies. And yet this most quintessential of British games probably started its life in the middle ages in Flanders. The clue is in its name which might derive from the Middle Dutch – met de krikket sen (chase with the stick) – which also implies that cricket is in some way related to hockey though how we came from a game where the stick chases a ball to a game where a ball chases a stick is lost to history. Someone hundreds of years ago must have thought it up, after all, games are inventions too.

And it’s because games are inventions that they lend themselves to further invention. The challenge to creating patents in cricket is to develop ideas that are novel but that still conform to the strict rules that standardize the game for playing internationally.

The rule of novelty is crucial whether you’re making patents in Sydney or Australia or anywhere else in the world.

Nevertheless dedicated fans and even more dedicated corporations have managed to come up with a few patentable innovations within the limits specified by the International Cricket Council.

Australian Patent AU-665151-B1 is one of several patents that protects Channel 9’s Stump Cam that lets television viewers watch a cricket game from a viewpoint available to no human being. Stump cams have literally become a game changer, in as much as they’ve been crucial to many decisions of umpires when they’ve had to make a call on close catching positions, run-outs and stumping. Similar patents protect stump microphones which have provided interesting insights into conversations between umpires and players that were previously unheard by spectators.

“Bouncers” are bowls that can cause tremendous controversy, not the least of which is because they are potentially lethal. Umpires have discretionary intervention about bouncers, but seldom exercise it. Indian patent 1009/DEL/2003 protects a cricket pitch which makes it impossible to bowl bouncers.

Even the Americans have gotten in on the act. US1624822 is for a cricket ball that maintains its properties even in the rain. US

Cricket-related inventions are not limited to the actual game. There are also many patents protecting devices like cricket ball throwing machines and electronic game simulators. In 2008, Australian inventors Adam Dubrich and Leigh Warren were granted patent 2008318301 to protect their Cricket Cooler – a 33-litre very flash, strong bodied esky on wheels. The patent runs to 21 pages and is worded in such a way as to allow protection for related inventions in other sports. The care that Dubrich and Warren have taken to protect their invention has paid off with commercial success. Obviously, this level of care could only have happened with the help of a qualified IP specialist.

So the good news is that in spite of the restrictions, there’s still some room for inventive cricket fanatics to develop new ideas for the game and to protect those ideas through patents and trademarks with the help of a IP attorney who will share your vision.