The history behind the names of well-known cryptocurrencies 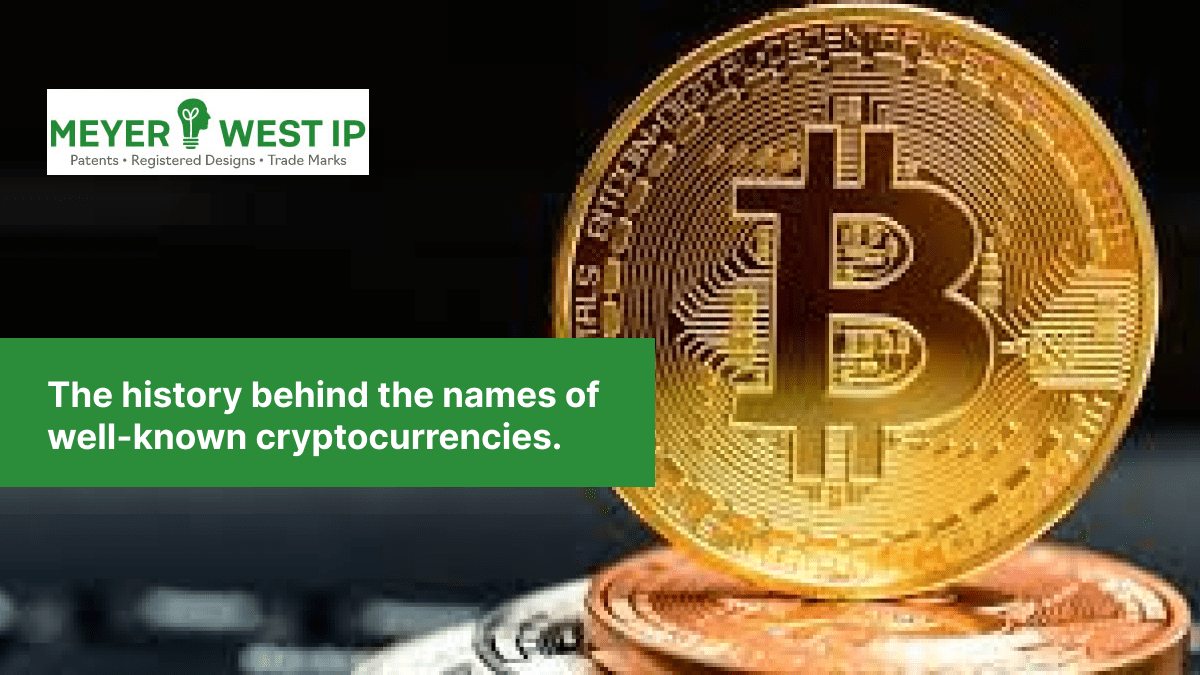 The history behind the names of well-known cryptocurrencies

Crypto or crypto-currency or cryptocurrency is a digital coinage that uses cryptography to regulate transactions on the web. This non-regulated currency works on a decentralised system to record transactions and issue new units. While it does not rely on bank verification, the peer-to-peer system enables receipts and payments anywhere, at any time. It works with a digital ledger or a computerised database to verify coin ownership. Yet, the currencies are subject to various categorical treatments, including classifications such as securities and commodities, besides being called currencies. The tradable digital asset is built on blockchain, a technology that encrypts and protects transactions. While there are several other cryptocurrencies available online, only a few take the cake.

Considered the harbinger of the cryptocurrency era, Bitcoin was allegedly created by someone named Satoshi Nakamoto. The coin debuted in 2009 and, in 2017, broke all barriers of popularity. On October 31st 2008, a white paper published on the currency compounded the words bit and coin to beget its now-famous name. Today, people generally use ‘bitcoin’ for any cryptocurrency they trade.

Initially founded by Vitalik Buterin and Gavin Wood and developed in collaboration with the Ethereum Foundation, Hyperledger, Nethermind, OpenEthereum and Ethereum JS, the coin was released six years ago on July 30th 2015. Albeit, it found its stable release only on August 5th 2021. Ethereum is the second-most recognised name on the cryptocurrency platform and runs right after the Bitcoin. While it enables several functions, the smart contract element makes Ethereum the most sought-after platform. The cryptocurrency does boast a long list of founders, but Buterin chose the name ‘Ethereum’ after looking at an index of chemical elements on Wikipedia.

Anchored at $1 per coin, Tether is also known as ‘Stablecoin’ due to its fastened price tag. The currency is primarily secured to the value of an asset in US Dollars. When traders migrate from one cryptocurrency to another, they usually use Tether as a medium so that they don’t have to move back to dollars. Co-founded by Reeve Collins, Brock Pierce and Craig Sellars, Tether was originally called ‘Realcoin’ when the first token was issued on October 6th 2014, using the Omni Layer Protocol. Soon after that, on November 20th 2014, CEO Reeve Collins renamed the coin Tether, which by definition means ‘restricted movement’.

The name ‘Binance’ combines the words ‘bitcoin’ and ‘finance’. Binance is considered the largest cryptocurrency exchange globally in terms of daily volume. Registered in the Cayman Islands, Binance was founded in 2017 by Changpeng Zhao, who had already established Fusion Systems sometime in 2005 to build high-frequency software for stockbrokers. Claiming high safety and security standards, Binance uses multi-tier and multi-clustered architectures to deliver high processing throughput.

USD Coin gets its name simply because it is pegged against the US Dollar. Like Tether, the currency’s value does not fluctuate, giving it a stable status. Backed by assets with ‘equivalent fair value’ or those that are fully reserved, the accounts of these assets are regulated by US institutions. First announced by Circle on May 15th, 2018, its reserves are attested by Grant Thornton LLP and these reports are published each month on the Centre Consortium Website.

David Schwartz, Jed McCaleb, and Arthur Britto were fascinated by Bitcoin, so much so that the engineers set out to release their own called the XRP Ledger or XRPL. They specifically built this asset for payments. The first launch came in 2012, and when Chris Larsen joined, they started NewCoin in September 2012. From here, it took two other names OpenCoin and then Ripple, which became extremely popular.

Terra’s Defi ecosystem features a range of stablecoins, either pegged to the US dollar or the euro. The system uses a suite of algorithms to stabilise the currencies’ prices while also supporting smart contracts. It also operates UST, another popular decentralised stablecoin. The approach is built on Tendermint and Cosmos SDK to enable the up and coming cross-chain environment. Terra was created by a Singapore-based company called Terraform Labs, hence its truncated name. Mythologically Terra means earth.

Solana is relatively new – just launched in March 2020, but has gained popularity due to its transacting speed and overall web-scale platform. It is considered the fastest-growing blockchain with several other projects across NFTs, Web3, Defi, and much more. Anatoly Yakovenko first proposed Solana in 2017 in his white paper. He stated that his ‘proof of history’ technique was faster than any blockchain. An open-source project, Solana gets its name from its overseer, The Solana Foundation, based in Geneva, Switzerland.

Considered the fastest-growing smart-contracts-based blockchain, Avalanche focuses on providing customised blockchains. It works with a model where validators can hold their stake for prolonged periods and win handsome rewards later. It is built by the AVA labs team that gathers its experience from servicing leading finance, tech and high-growth Fortune 500 companies. Avalanche thus gets its name from AVA labs.

An open-source cryptocurrency and blockchain platform, Polkadot provides interoperability between blockchains by enabling secure messaging and transacting – but without a trusted third party. Cross-chain transfers of assets and data are enabled along with the development of cross-chain DApps or decentralised apps. Created by Ethereum’s co-founder Gavin Wood, Polkadot got its unassuming name because the inventor thought it was a pattern with no beginning and no end.

Investing in cryptocurrencies can be a fraught experience for novices who will be up against highly sophisticated players in the industry. They will have to qualify the typical essential criteria for trademarking cryptocurrencies just like any other. With newer challenges emerging in the crypto space every day, keeping the cryptocurrency mark distinctive is critical.