Are Gravel Bikes the Future of Cycling? 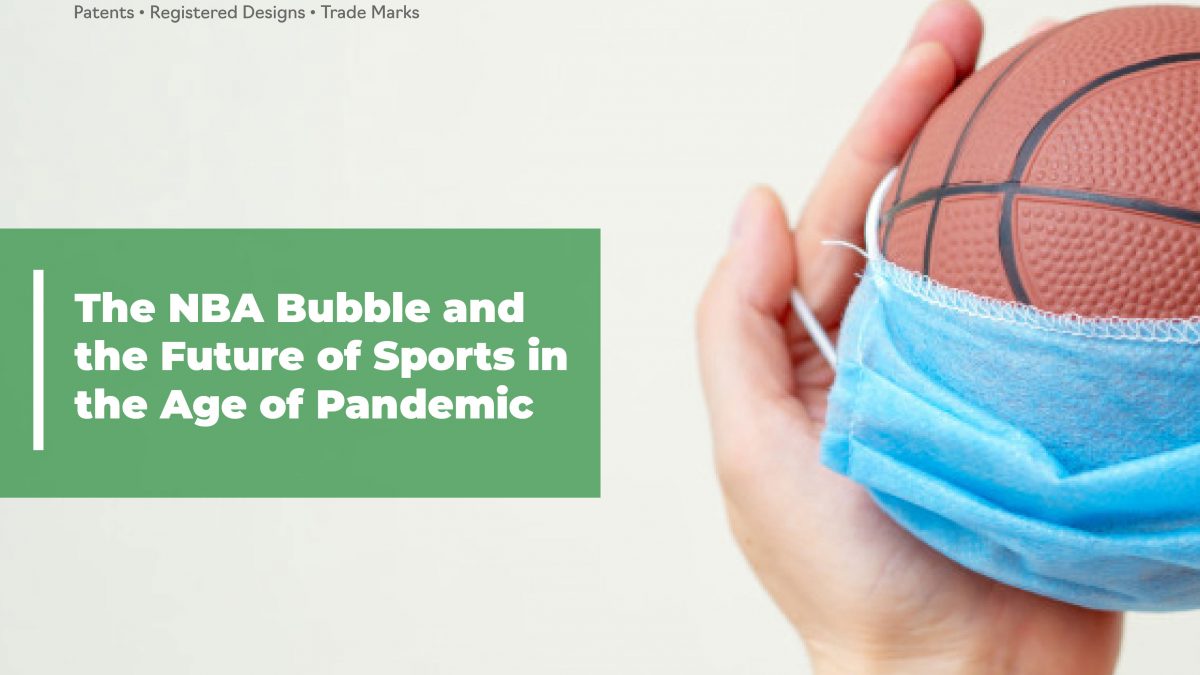 Perhaps you are wondering what a Patent Attorney service has to do with the pandemic or the NBA? COVID-19 created unprecedented opportunities for creative minds to develop new inventions, especially those that allow life to carry on in “the new normal”. These technologies will then need to be patented to protect them from piracy. One area patent offices are closely looking into is the entertainment sector, and more particularly within that, the professional sports industry.

There was a point in 2020 when life as we knew it ground to a halt. Businesses shut down, people lost jobs, tourism attractions closed. It’s been a disaster year for most! Sports also met a similar fate, as arenas and stadiums were abandoned for fear of ballooning infection rates of COVID-19.

One sports giant took drastic measures to revive the sports industry in the time of the pandemic. It has served as an example, not just in sports, but throughout all industries, of how developing and applying new technologies and methodologies helps humanity adapt in a time of change.

Ensuring Safety and Other Health Measures

For the duration of their shortened 2020 season, the National Basketball Association (NBA) employed a successful innovation affectionately labelled the “bubble”. The NBA has had its fair share of seasons cut short including the lock-out seasons of ‘95, ‘98, and 2011 during which players went on strike. But 2020’s pandemic brought about by the coronavirus is a different beast to tackle and thus needed a different solution.

In the usual NBA game atmosphere, crowds of people clustered together—all shouting, cheering, and celebrating—an environment which would have allowed COVID-19 to spread unhindered. The NBA’s answer? “Let’s skip the crowds,” and it worked! Instead of attending live games, fans watched in real-time through online streaming services, and some were lucky enough to be part of the virtual crowd seen on the screens during games.

The NBA also took extreme measures to protect its most valuable assets in the bubble—the players.

Dr. Bryan Murtaugh has served as a team physician with the Washington Wizards for five years and is the director of sports medicine at MedStar Health’s National Rehabilitation Network. In an interview with Channel WUSA9, Murtaugh said, “What we do here every day, you have to open up an application on your phone, take your temperature, take your oxygen saturation, fill out a symptom questionnaire, and that all gets uploaded to a database.” He added,  “[The health data] go to something called a magic band. You wear this band on your wrist, and the information allows you to access different practice facilities, or to go outside your hotel room.”

These medical-monitoring innovations have proved effective. As of August 20, the NBA announced that zero players have tested positive for Covid-19 in its fifth straight week.

During the playoffs, some of the players’ family and friends were allowed to visit the bubble and watch the games live. It gave players a breath of fresh air, and a boost of confidence.

These concessions did not adversely affect player safety because the league enforced strict health and safety protocols for all involved. Guests had to adhere to the following rules before and during their stay in the bubble:

Everyone in the bubble—including the players, their guests, coaching staff, league officials, cooks, physicians, barbers, and maintenance staff—were tested each night, with the result coming the following morning. Everyone travelling with each team was also required to acknowledge in writing that they will follow the league’s safety precautions.

While the NBA couldn’t guarantee the absolute absence of coronavirus in the bubble, they took significant precautions to prevent an outbreak. Besides wearable biometric devices that can measure vital signs and symptoms of COVID-19, players were asked to change their habits on the court, too.

There are restrictions on what players can do while playing. If you’re a fan of the game, you may have noticed some rituals players do before, during, and after their games—extensive handshakes, Steve Nash’s free throw line palm-licking or Jason Kidd’s hand kiss—but in the bubble, for the sake of players’ health, contact was kept to a minimum.

When the news of the NBA bubble first arose, many were sceptical about it. The NBA said that the overall cost of having the bubble facility and its operations was around $150 million. With no fans attending games on-site, the league lost about 40% of its annual revenue. Yet despite the losses, possible setbacks, and risks the bubble is still considered a huge success.

Because of the NBA’s commitment to continuing the sport for their fans, while keeping all players, staff and guests safe, they paved the way for other major sporting leagues to continue their season. Before the NBA resumed and the bubble began its operations, fans were seen posting memes and throwback pictures of how much they miss seeing basketball and other sports. Fans around the world were getting jittery without their favorite teams showing on Friday or Saturday nights. But thanks to the forward-thinking officials of the league and the new technologies ushered in by the pandemic, the NBA is back—and the fans couldn’t be happier.