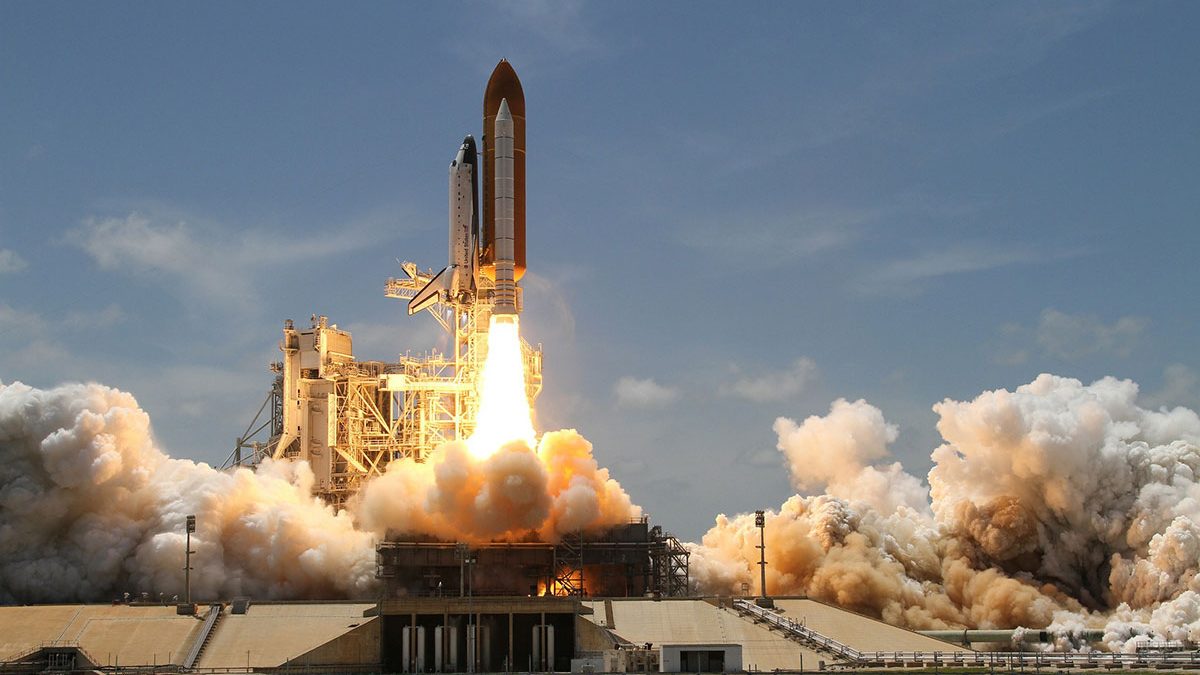 It might seem paradoxical, but some things that seem possible but difficult, like flying cars, are actually very, very difficult and close to impossible, while other things, seem horrendously difficult but are actually more possible, like spaceships. The evidence of this is that there have been far more spaceships – practical, useable spaceships – built than flying cars. Nevertheless, the design of spaceships is rocket science and because they are hugely intricate things there are literally millions of patents associated with the various aspects of spaceships.

Space agencies, like NASA, have billions of dollars of resources to throw at spaceships, but that hasn’t stopped enterprising (no pun intended) and dedicated amateur inventors from seeking to protect their inspirations with a well-thought out and expressed patent, helped along, no doubt, by a specialist patent attorney or intellectual property lawyer.

Some of these patents are more frivolous perhaps than others, while others still are very serious, like this one from NASA engineers Josef F. Blumrich and Carl A. Loy dating from the late 1960s. 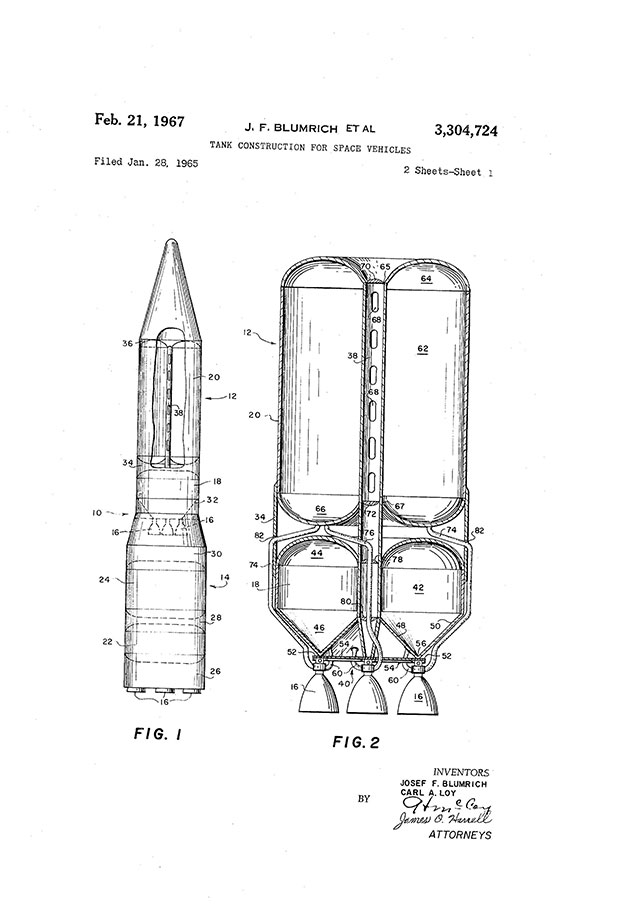 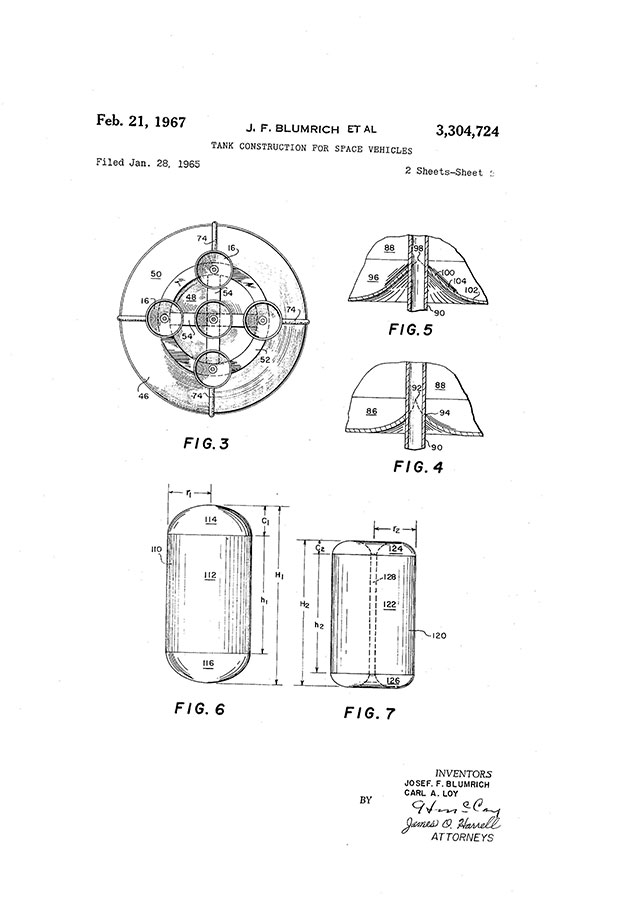 Because rocket science implies that you’ll inevitably be involved in the design of rockets.

And this one from the same era: 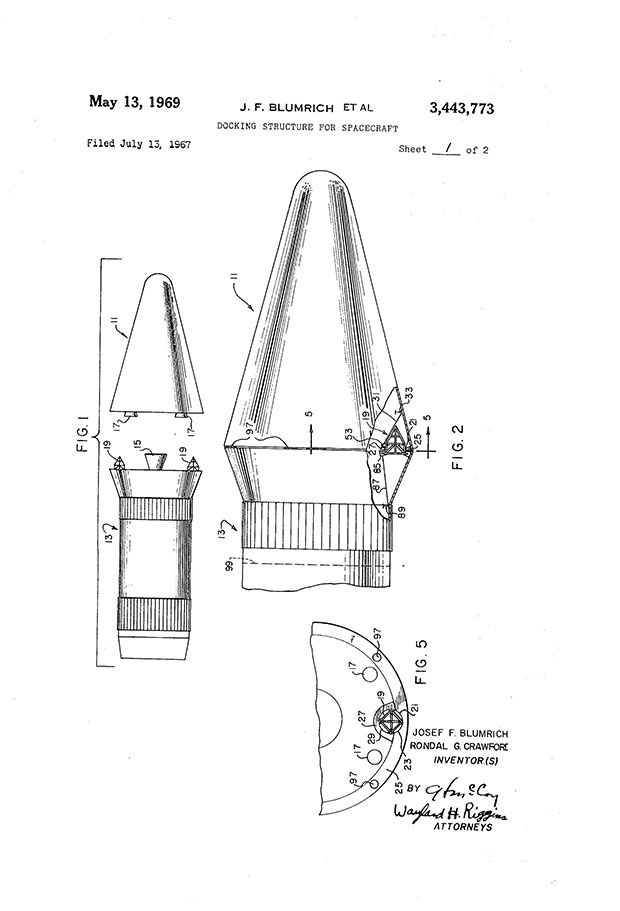 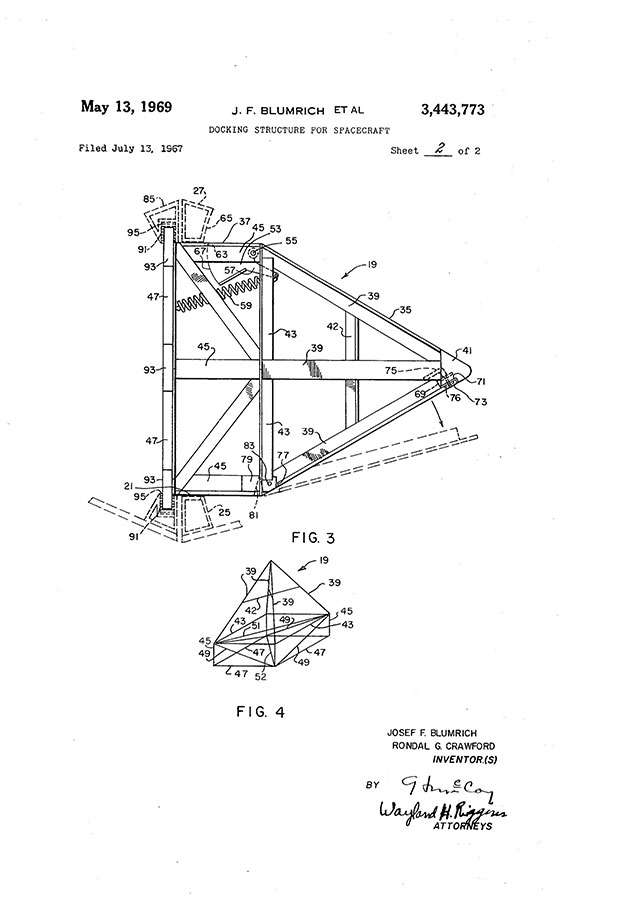 After all, you’ve got to park your spaceships somewhere, right?

The rocket idea eventually evolved into the idea of a detachable rocket mounted onto a reusable spacecraft – The Space Shuttle. And if you ever wondered what the patent for it looks like, it looks like this one from 1975: 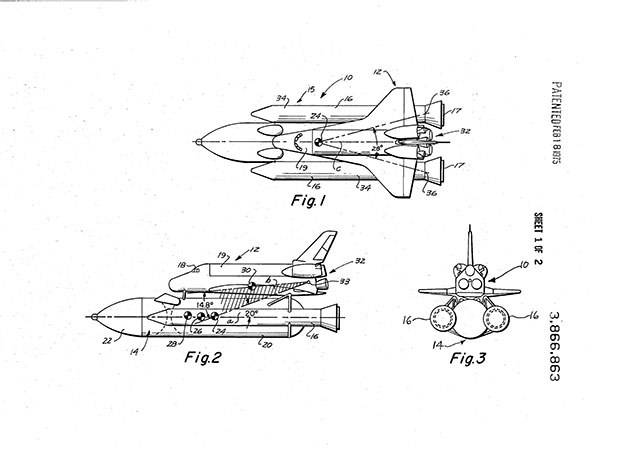 And we all know how that turned out – amazing success followed by two very tragic disasters.

But rockets and shuttles aren’t enough for some people, and why should they be? Chemical propulsion might be practical and possible and of course, dangerous, but it isn’t nearly as glamorous as more imaginative technology, and since the 1960s and 1970s we’ve come a long way, baby.

Even in the early 1990s, some people were thinking outside the rocket box:

US 5305974 A – Spaceship Propulsion by Momentum Transfer 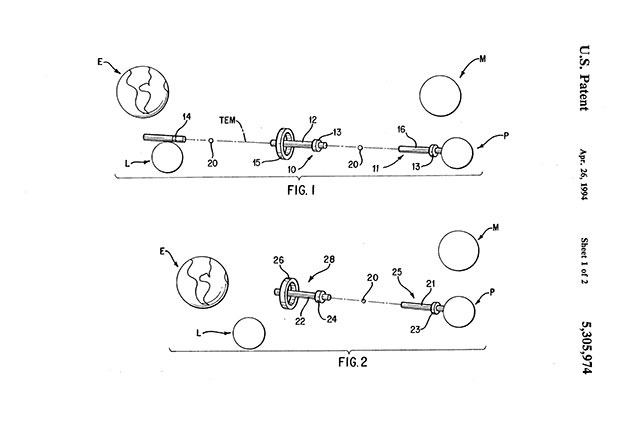 It doesn’t look like much. It doesn’t even look like a spaceship, but in principle, it involves propelling the ship by throwing things at it. Imagine moving a sailboat by hitting the sail with balls ejected from a tennis ball machine and you get the picture.

But the “sail” idea isn’t just an example. The concept has been floating around for quite some time. The solar sail uses solar wind to propel a spaceship, like this one from 1986. 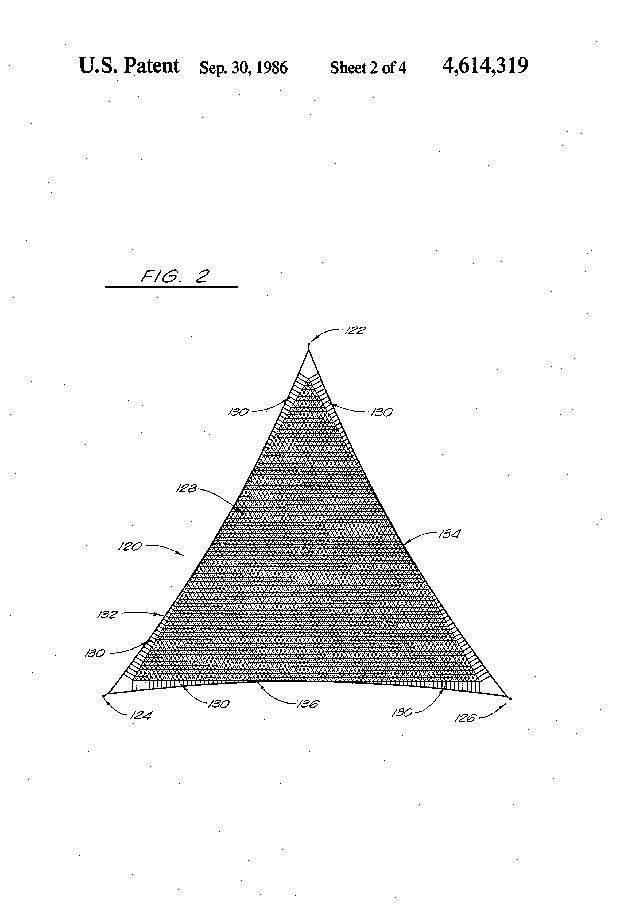 Again, it doesn’t look like much. The patent is a little vague on details and minor technical points like the fact that the materials that are strong enough to make it viable didn’t actually exist at the time and barely exits now, but details, details …

But why stop there? Why not go way, way out to the fringes of technology like this patent from 2006: 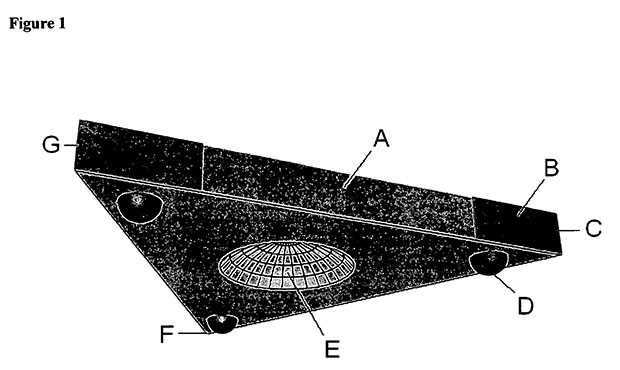 … which, inventor John St. Clair claims, generates a “horizontal electric field”, and a “plane wave” which “generates a force per volume providing a unique combination of both lift and propulsion”.

The patent description provides some impressive looking physics, with lines like:

We know what you’re thinking. If such impressive technology exists and works, why aren’t we all flying around in these things? It’s probably been suppressed by oil cartels who want to keep us all dependent on explosive chemicals until the oil runs out, or the greenhouse effect really kicks in, whichever comes first.